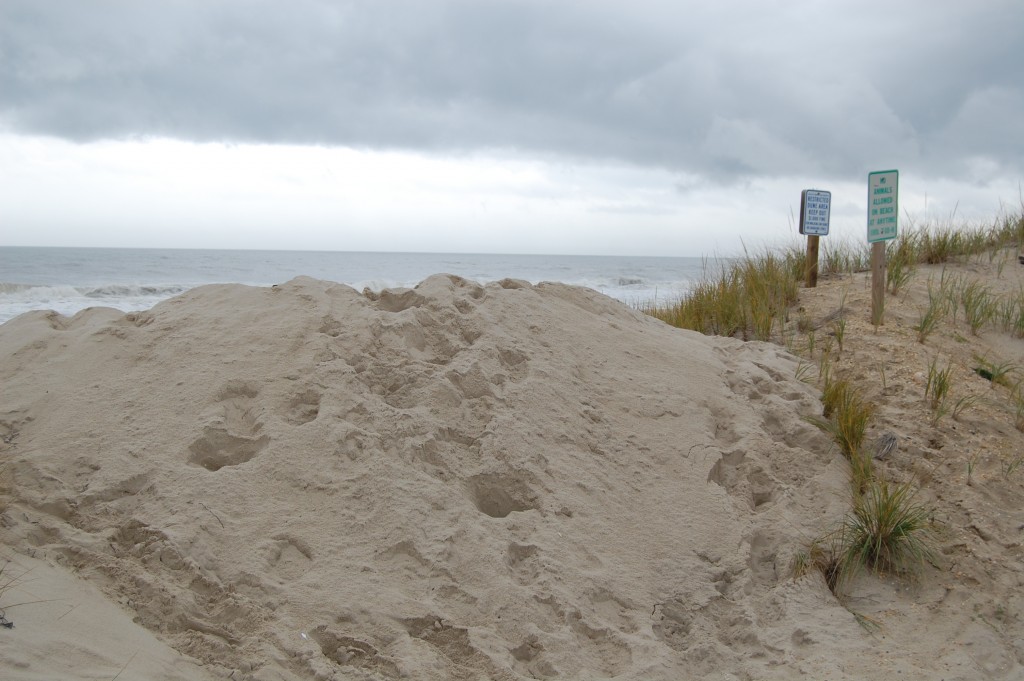 Beach entrances blocked off by a sand berm in Lavallette, in anticipation of a nor’easter. (Photo: Daniel Nee)

On the surface, it may appear as if Lavallette could face a $3.9 million gulf between the amount of money the borough received from the Federal Emergency Management Agency to recover from Superstorm Sandy and the amount that was actually required, but officials assured residents this week that the money received was justified, and taxpayers will not be responsible for paying the bulk of it back to the federal government.

In recent months, the federal Department of Homeland Security’s Office of the Inspector General has been conducted audits in communities up and down the New Jersey coast, attempting to close out funding accounts from the storm and collect overpayments. In Lavallette, the audit found approximately $3.9 million in discrepancies between what the borough requested and what FEMA felt was deserved, said Mayor Walter LaCicero. The mayor, however, was confident the borough would be able to justify its storm-related expenses.

“Half is an insurance settlement the borough received for its electrical utility,” LaCicero said, so that portion has already been received by the borough, making the remaining half of FEMA’s figure the portion for which taxpayers could conceivably be responsible. Still, much of the figure could be traced to various technicalities that will be able to be squared through the borough’s financial records.


While no specific figures were provided, LaCicero said a good portion of the discrepancies were over how FEMA calculated labor costs and overtime in the wake of the storm.

“We’ve got some arguing to do there, and I think we’ll be alright,” he said.

Much of the remainder had to do with Ocean County’s contract with AshBritt, a disaster management company that was appointed to handle cleanup efforts on the ground and on paper. AshBritt signed a contract with the county, which then provided services to nearly all of its municipalities, including Lavallette.

Specifically, LaCicero said, the discrepancies were over the labeling of trucks carrying debris out of the borough. In some cases, the trucks were marked with the weight of the material being taken away, but not the physical dimensions of the volume that could be carried in each truck.

“Their method is to just discount all those trucks,” said LaCicero, adding that several local communities are facing the same issue. “We have some issues there, but we’re confident we’re going to get back that money.”

“Honestly, we’re very happy with the way the audit came out to begin with,” LaCicero said. “We hired a consultant to help us with it. We’re really in good shape.”

The audit does not take into account Lavallette’s quest to be reimbursed for the $4.5 million cost of its new municipal building. In the case of the building, FEMA denied the borough’s reimbursement request after determining the old building, damaged during the storm, had suffered only about $100,000 in damage.

“We didn’t get that money, so it wasn’t part of the audit,” LaCicero said.

The borough’s appeal, seeking at least $2.5 million from FEMA, is still pending.