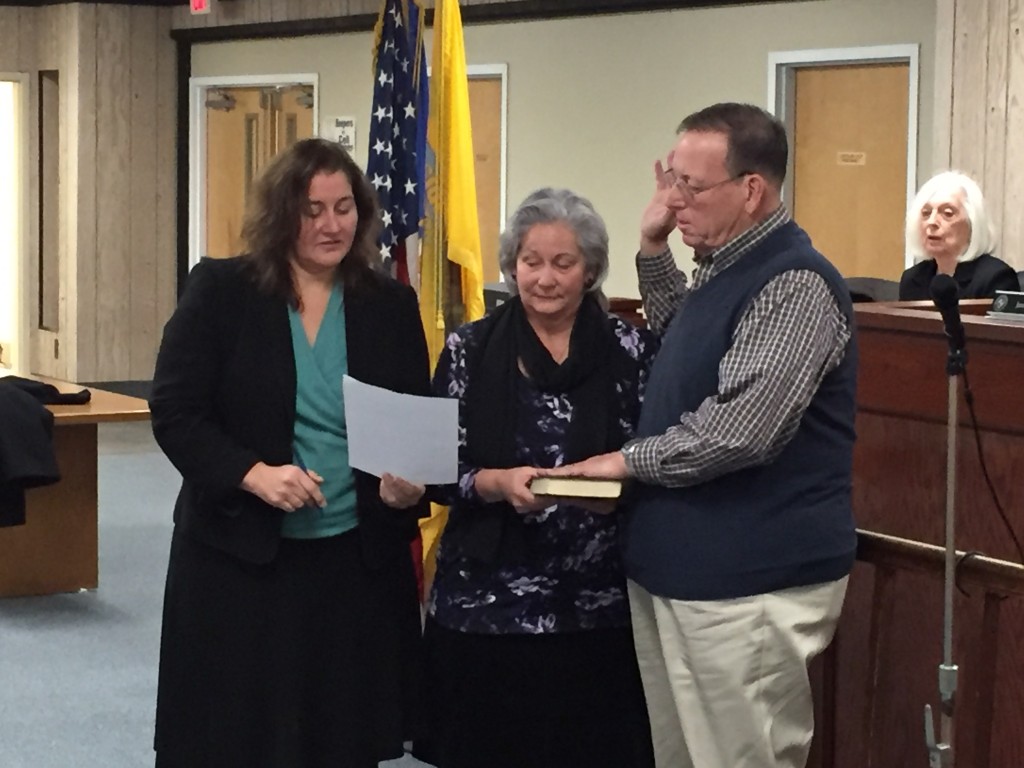 Louis DiGuilio, a lifelong Seaside Heights resident and retired employee of the borough’s public works department, has been appointed to fill the seat of former borough Councilwoman Arline Ottoson, who died last month.

DiGuilio was appointed to the seat at a council meeting Wednesday following a unanimous vote by the remaining council members. He was sworn into office by Borough Attorney Jean Cipriani.

“Louie is just a great person, and he has Seaside Heights in his heart,” said Councilman Richard Tompkins.


DiGuilio, a Republican, will serve through the remainder of 2016, and will have the opportunity to formally run for the seat in November. An involved member of his community for decades, DiGuilio was praised by his now-colleagues on the governing body.

“When I came down here 48 years ago, Louis DiGuilio was here too,” said Mayor Anthony Vaz. “There was a difference in age, but we became friends, joined the fire department together and had a lot of laughs.”

Vaz described DiGuilio as “mechanically-minded” and able to lend a hand in various aspects of running the borough.

“I’m just looking forward to working together with everyone to make Seaside Heights the best it can be,” DiGuilio said. “Arline was great, and I’m hoping to be as great as she was.”