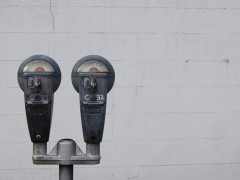 A bill pending in the New Jersey state legislature has Seaside Heights officials crying foul, saying it could force the borough to add to the local bureaucracy and become less efficient. Meanwhile, a member of the state General Assembly touts his bill as a better way for motorists to fight tickets they receive as a result of faulty parking meters.

The Seaside Heights borough council on Wednesday passed a resolution formally opposing the bill, A-4585, sponsored by Assemblyman Ronald Dancer, who represents a portion of western Ocean County as well as portions of Burlington, Monmouth and Middlesex counties.

The bill would allow motorists who believe they received a summons as a result of a faulty parking meter to formally notify the municipal court about the suspected malfunction by checking a box on the ticket summons form. The bill would give court administrative staff the power to compel the municipality or county to test the parking meter to ensure that it is working before the case proceeds. If the meter is found to be faulty, the ticket is dismissed.


“For Seaside, whenever anyone has a problem with the meter, we have parking enforcement people who will go out and check it, and refund money,” said Borough Administrator Christopher Vaz. “It’s really a painless process, and we really don’t need this other process.”

Vaz said the process proposed in the bill would force the borough to train employees in a new testing system prescribed in the legislation.

“It’s beaurocracy that would be imposed on us in Seaside Heights that we’re already doing efficiently,” he said.

The bill does contain language, however, that would exempt a municipality from checking the parking meter if it had already been checked at some point during the prior six months. The streamlined process in the proposal does not preclude motorists from contesting their parking meter tickets the old fashioned way – entering into discovery and bringing the matter to municipal court.

“In general, court employees work for the judiciary, so they’re not authorized to order executive branch employees to do anything,” said Vaz.

“There are areas in this state where meters are known to ‘short time’ shoppers, expiring prematurely and making drivers vulnerable to costly parking tickets,” Dancer said in a statement. “Whether the inaccuracies are intentional or accidental, the results are the same. People are being ripped off, and without this law, they have no recourse and end up paying the fines.”