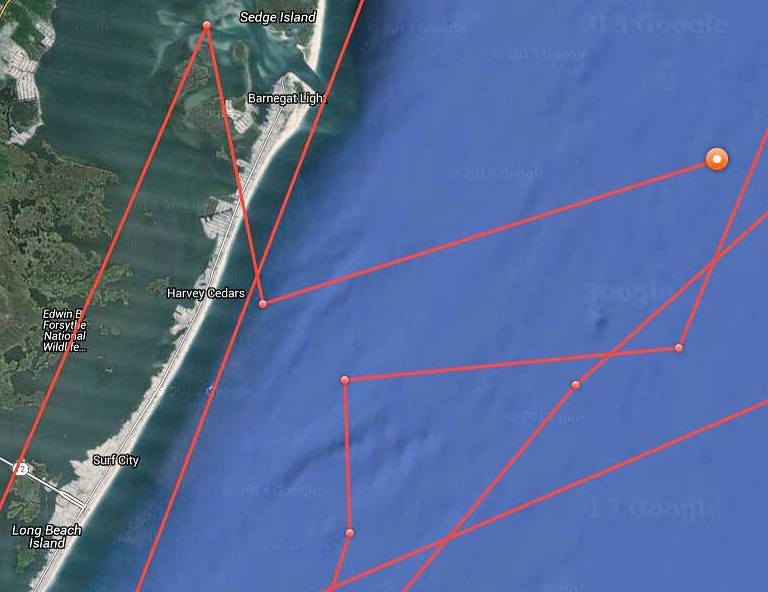 It’s safe to say that Barnegat Bay was not invaded by a great white shark Thursday. Maps showing her inside Barnegat Inlet and near the Route 72 causeway bridge to Long Beach Island seem to now be confirmed as the product of what can happen when man attaches a GPS tracker to an underwater beast.

The 16-foot, 3,456 pound shark is, indeed, off the Jersey Shore once again. Keyword: off. After maps Thursday morning positioned Mary Lee in the bay, OCEARCH, the organization responsible for the GPS tracker, said they were receiving a very weak “ping” from the shark’s transponder, and she was likely in the ocean. 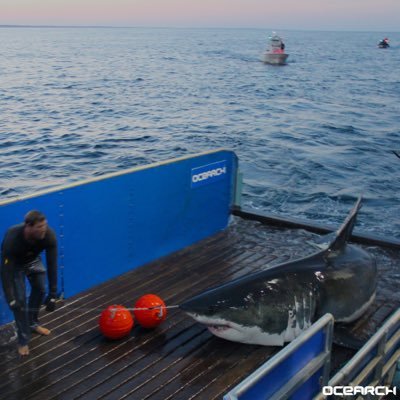 There is the off chance that Mary Lee made it into the bay – in the southern portion of Long Beach Island, bay sharking is a common activity for anglers at night during the summer – but the weak signal combined with mapping showing her in the shallowest of areas and, sometimes, traversing land, makes it unlikely.

OCEARCH said in a series of tweets on Thursday that they suspect she was moving northward up the coast in the ocean.

“As you can see from [Mary Lee’s] full track, she swims close to the shoreline,” OCEARCH posted.

With her northward tracking, Mary Lee will likely be off Ocean County’s northern barrier island over the next day or so. The shark became famous earlier this year as New Jerseyans began tracking it off the coast.