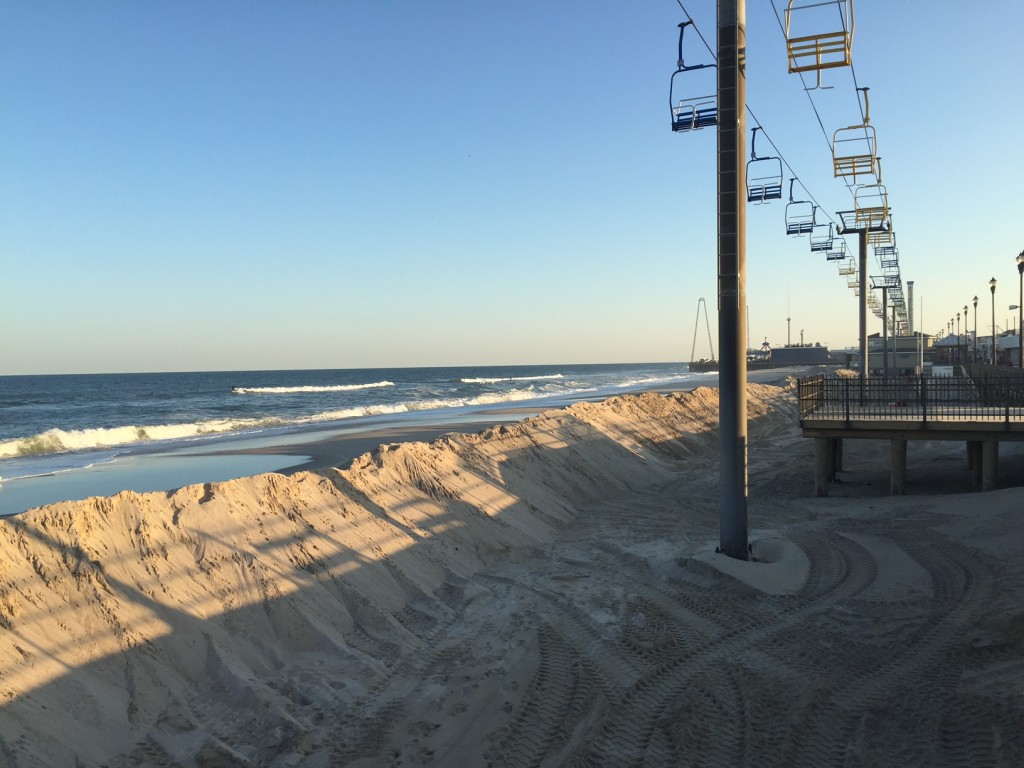 Seaside Heights’ beaches may be a bit shorter after last week’s powerful nor’easter, but borough Public Works crews were busy at work this week getting them back in shape for the next storm.

Overall, the borough made it through the storm relatively unscathed.

“We had some signs down on the boardwalk, and some flooding, which we’re used to,” said Mayor Anthony Vaz. “We closed the streets where we had to.”


In the first few days since the storm moved out of the area, crews have been working to rebuild a sand berm that protected the beach and boardwalk during the nor’easter. The large berm in the northern portion of the borough has already been reconstructed, and crews are now tackling the southern half.

“On the south end, we’re looking at the gaps and filling them in,” Vaz said.

Meanwhile, the borough is looking to expand its fleet of emergency vehicles that go into action during severe weather – mainly surplus military vehicles that are obtained for free.

The borough currently owns three Humvees and is looking to add a fourth, to go with the three “deuce and a half” military cargo trucks that are currently in the possession of emergency responders, said Councilman Richard Tompkins, who also serves as a member of the volunteer fire department.

The fire department recently added what is known as a crash truck, which ordinarily is used to fight airport fires. But in Seaside Heights’ case, the truck would be used to fight fires on piers or tall buildings on the oceanfront.

“Last night we took it out with a full tank of water, 1,000 gallons, and we were able to go out on the beach without letting any of the air out of the tires,” Tompkins said.

Beefing up the fleet of emergency vehicles – in addition to being able to reach residents in severe weather – helps keep the borough’s fleet of traditional vehicles safe.

“These Humvees, that’s what they’re designed for,” said Tompkins. “We can get our other vehicles out of town when a storm hits so we don’t ruin them.”