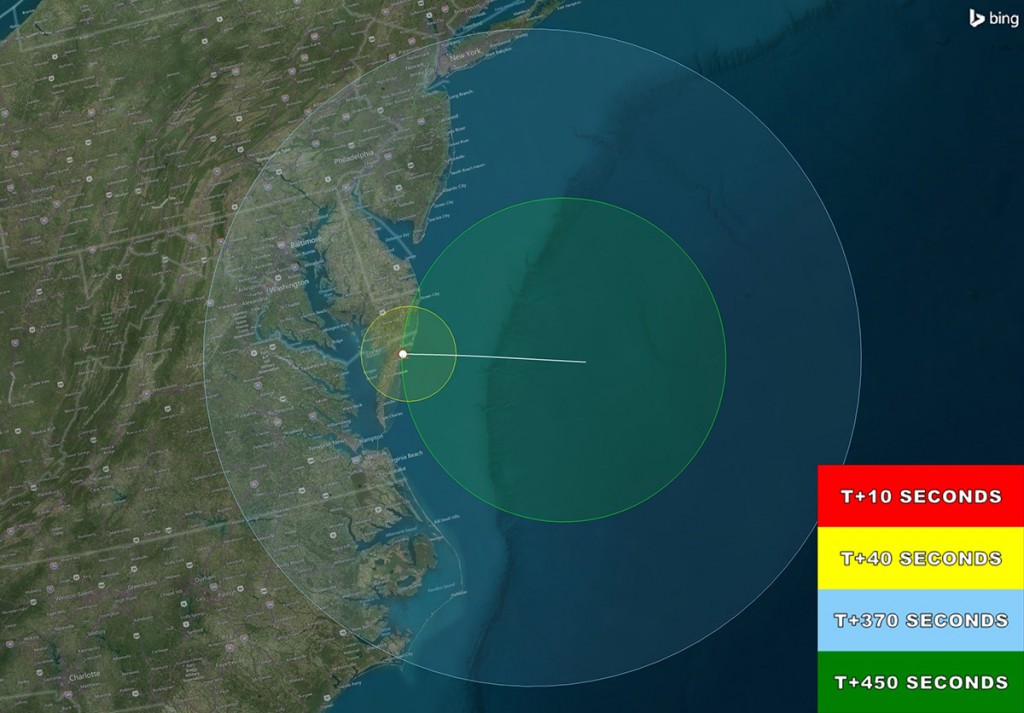 Vapors released during a rocket launch scheduled for Wednesday night, though harmless to the environment, will light up the sky in multiple colors – and it will be visible from the east coast, potentially in New Jersey.

Approximately six minutes after planned launch from the Wallops Island space center in Virginia between 7 p.m. and 9 p.m., the sounding rocket will deploy four sub-payloads containing mixtures of barium and strontium will be released, creating a cloud that is blue-green and red in color.

The amount of barium and strontium used in the test is much smaller than that used in a typical July 4 fireworks display and poses no hazard to the environment, NASA said.

The best viewing position will be to look toward the southern sky at launch time. The rocket and coloration should be visible in New Jersey between about 5-6 minutes after the launch. Live coverage and monitoring of the launch is available via UStream beginning at 6 p.m.. The status also can be followed on launch day on Twitter and Facebook.