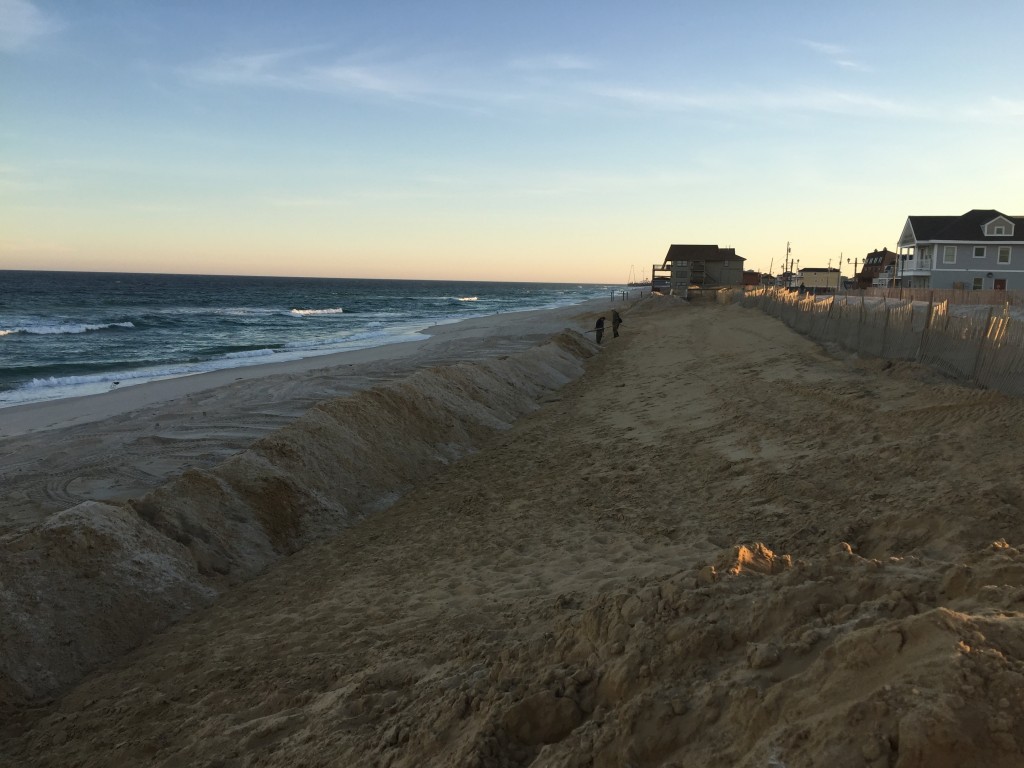 The anniversary event, which will be held Wednesday, will host a tiki-torch vigil on the 3rd Avenue beach parking lot from 5:30 p.m. to 8:30 p.m. The film “Heartbreak and Healing After Sandy” will also be shown.

The commemoration is being organized by the Ortley Beach Voters and Taxpayers Association, a community group that advocates for the neighborhood, which is part of Toms River Township.


“This event will call attention to the fact that three years after the storm, the dune and beach replenishment project is still moving at a snail’s pace in Trenton,” said Paul Jeffrey, the association president.

In a recent nor’easter, about 300 truck loads of sand had to be delivered to the neighborhood as the ocean threatened to break through makeshifts dunes. At one point, a small breach occurred.

“If the recent northeaster storm was not a call for action, then we dread to think what it will take to get this badly needed replenishment project underway,” said Jeffrey.

“Heartbreak and Healing After Sandy” is a film made by local filmmaker Sandra Levine. The hour-long film chronicles Ocean County’s recovery from Sandy and the challenges that remain.