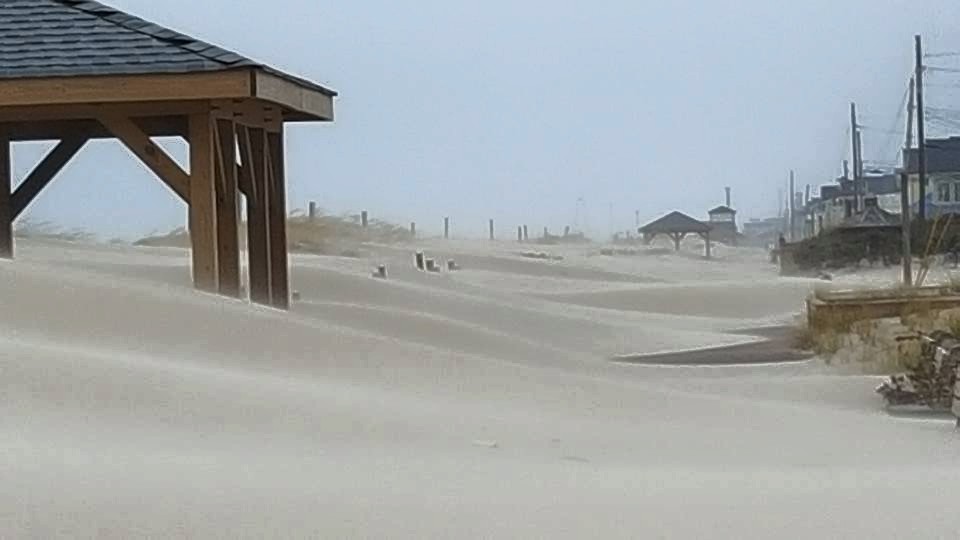 Lavallette fared significantly better than its neighbors during the nor’easter that struck the Jersey Shore over the past several days, officials said, crediting the borough’s strong dunes with keeping the roaring ocean at bay.

“Compared to Ortley Beach, it’s night and day,” said Coucilman Robert Lamb. “The way our [dunes] are set up, that dune grass keeps those dunes in place. The wave disperses over the dune, disappears and it’s ready for the next high tide.”

Last year, Lavallette anchored its dunes with 70,000 dune grass plants donated by the New Jersey Devils hockey team. Devils players even came to Lavallette to plant the dune grass along with volunteers and students from Lavallette Elementary School. Borough Administrator Christopher Parlow said he sent a note to the team Monday, thanking them for the plants and letting them know that the dunes held up in the recent storm.


Jim Leonard, Sr. Vice President for Community Investment with the Devils, replied that he was thinking of the town during the storm.

This year, the borough should receive its usual 15,000 plants from the county, officials said. Once again, the borough will sponsor dune plantings where volunteers can help vegetate the dunes. Council President Anita Zalom said many were skeptical of keeping up the plantings out of fear that a planned federal beach replenishment project would lead to new dunes being built on top of the current system, but the storm proved that in the interim, keeping up the current protection measures are important.

Now that the storm has ended, it will take several weeks to clear sand from the boardwalk in order to reopen the walking path for residents and visitors.

“The beach is on the boardwalk now,” Lamb said. “A lot of that sand went onto a lot of beachfront properties too, and that’s always an issue.”

It should take a few weeks to get the boardwalk fully clear, Lamb said.