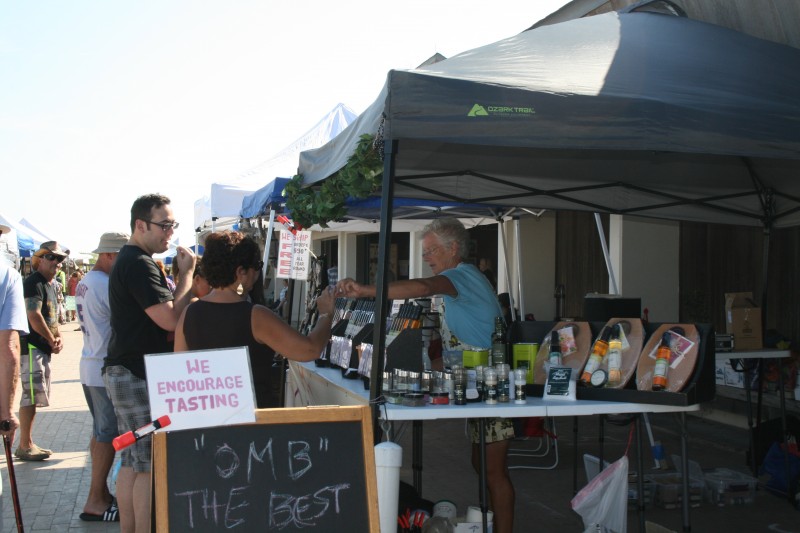 The event, which is the main fundraiser of the year for the nonprofit partner Friends of Island Beach State Park, will be held from 9 a.m. to 4 p.m. at Ocean Bathing Area 1. Swimming will be permitted in this area during the event, which will be held rain or shine. There is no admission fee, but a $5 parking donation is suggested to help support the festival.

The beach plum is a shrubby tree found in coastal environments from Maine to North Carolina, and is noted for its beautiful blossoms in early spring and its fruit in late summer and early autumn. The beach plum thrives in sandy soil, providing dune stabilization for sensitive coastal ecosystems such as those protected at Island Beach State Park. The fruit of the wild beach plum plant usually measures less than 2 centimeters in circumference. Its taste has been described as a mix between a plum, strawberry and apricot. It can be eaten raw, but is often used as a jam or jelly, marinade or dessert sauce.


“This festival is a highlight every year on the Island Beach State Park calendar,” said Mark Texel, Director of the State Park Service, in a statement. “Thanks to dedicated partners like Friends of Island Beach State Park, this festival is always very well-attended and a much-anticipated event. We encourage everyone to come out this Sunday to learn more about the beach plum and its importance to the area, and to have a great time.”

The Beach Plum Festival offers activities, such as beach plum picking, children’s games and more. This year’s event will include a paddleboard raffle, music by Ocean County-based classic rock band New Suede Blues, crafts and numerous other exhibits and activities.

Visitors can also watch lifesaving demonstrations by Island Beach State Park lifeguards, go on walks to see native plants, and participate in seining on Barnegat Bay with park naturalists to enclose and catch fish by using large nets with sinkers and floats. A food court with numerous cuisine choices will be available.

“The Beach Plum Festival is always very well-attended,” said Patricia M. Vargo, President of the Friends of Island Beach State Park, in the statement. “It is our biggest fundraiser of the year and we expect great attendance again this year. With the participation and support of visitors who attend the festival, we can continue our mission of improving and adding additional programs and events at Island Beach State Park.”

Funds raised from the festival will help the Friends of Island Beach plant American beach grass to further enhance and stabilize the park’s dunes. The group also hopes to eventually purchase a small van to transport children who participate in the park’s many environmental programs each year to different locations on the island for other events.

In other news from Island Beach State Park: During September, the beach at Ocean Bathing Area 2 will have lifeguard service Sept. 4 through 7, Sept. 11 through 14, Sept. 18 through 21 and Sept. 25 through 28. Park hours are 8 a.m. to sunset. Showers will close one hour prior to the park’s closing.