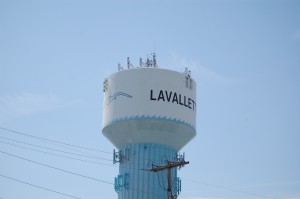 Lavallette’s taxes will rise this year, primarily due to the impact of Superstorm Sandy, Mayor Walter LaCicero said.


“The lion’s share of that is due to the local finance notice we received that said municipalities should start raising money” to pay down emergency appropriations made during Superstorm Sandy, Parlow said. The state has given municipalities three years to pay off portions of appropriations made in the wake of the storm that was determined not to be reimbursable by FEMA.

“Most of the increase is associated with that,” LaCicero said, adding that the state is mandating the payments must come from the borough’s regular operating budget – and thus, from the tax levy.

“We’ll have to pay that for the next three years,” said LaCicero. “It had to come from that pocket instead of this pocket.”

The budget was also affected by a reduction in the amount of an essential services grant for which the borough had applied. Lavallette asked for $800,000 but was provided with $600,000. Essential services grants are used to make up for portions of a municipality’s ratable base that is lost during a natural disaster.