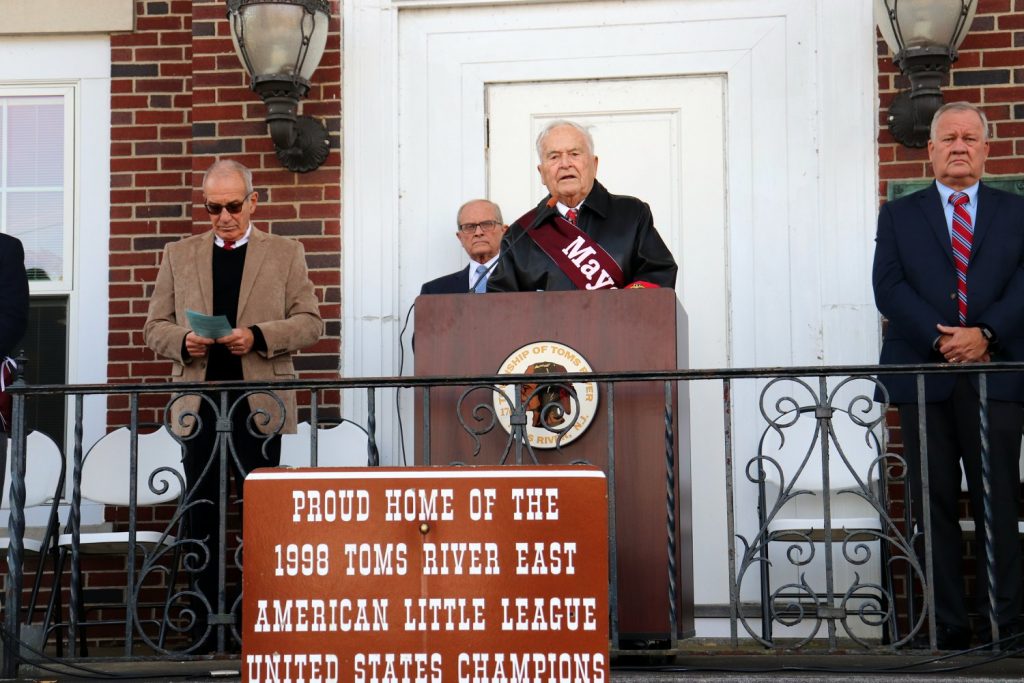 Thomas F. Kelaher, who had served multiple terms as Mayor of Toms River and prior as Ocean County Prosecutor, has died today at age 88, multiple sources confirmed Sunday night.

Kelaher exemplified a lifetime of public service, said current Ocean County Prosecutor Bradley D. Billhimer and Ocean County Sheriff Michael Mastronardy, among many others who shared statements of condolence publicly on social media. The cause of death had not been announced as of this writing.

Deciding not to seek re-election in 2019, Kelaher retired from public service after three terms as mayor. The township’s second directly elected mayor, Kelaher saw accomplishments over 12 years that included expansion of public parks and recreation, recovery from Hurricanes Sandy and Irene, addition of an Animal Shelter, and implementing Code Blue warming center and opioid response initiatives.


Prior to that he had served as county prosecutor for five years, assistant prosecutor for seven years, and was a United States Marine with 28 years of service active duty and reserves.

“On behalf of Sheriff Michael Mastronardy and the entire staff at the Ocean County Sheriff’s Office we send our thoughts and prayers to the family of former Prosecutor Thomas Kelaher who passed away. Mr. Kelaher served his country proudly as a United States Marine and dedicated his life to giving back. God speed!” Mastronardy served as Toms River Police Chief for years including Kelaher’s terms as mayor.

Berkeley Mayor Carmen Amato wrote “So very sorry to learn of Mayor Tom Kelaher’s passing. Mayor Kelaher served our Country as a Marine, our County as it’s Prosecutor and the citizens of Toms River as its Mayor. A lifetime of dedicated public service. Mayor Kelaher was the consummate professional who served his constituents with dignity and respect. I got to know “Mayor Tom” as I called him, during the aftermath of Superstorm Sandy. Mayor Tom will be sorely missed by many. My thoughts and prayers go out to him and his family during this difficult time.”

His biography from his term as mayor, detailed on the township website, itemizes Kelaher’s achievements in law and his education: senior partner in the local firm Kelaher, Garvey, Ballou, Van Dyke and Rogalski; after graduating from St. Peter’s Preparatory School, he received his Bachelor of Science Degree in Business Administration from St. Peter’s College in Jersey City. He then studied law at Seton Hall University School of Law and graduated with his Juris Doctor degree in 1960.

In his 49 year’s in the law profession, beyond his county prosecutor role he served as municipal prosecutor for multiple towns in Ocean County. He was appointed a deputy Attorney General of New Jersey by Governor Richard J. Hughes in 1963. Kelaher lectured on criminal law at the Ocean County Police Academy and served as the Ocean County Jail Study Commission Chairman. In addition, he was elected as the president of the New Jersey Prosecutor’s Association. 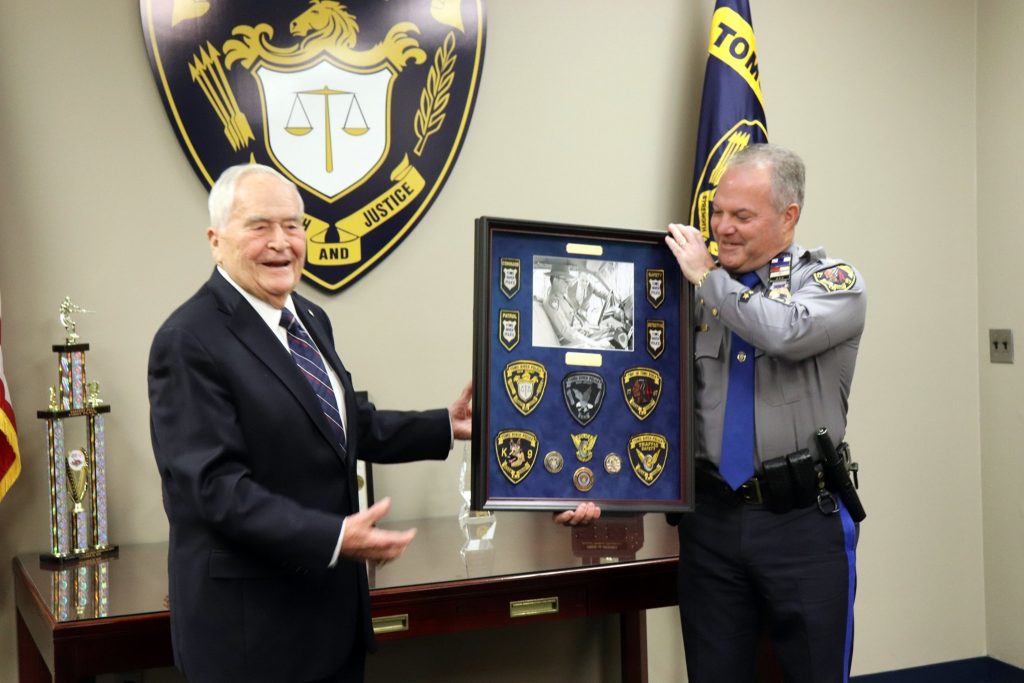 His public service also included serving on multiple boards related to law, but was also a longtime member of the Community Medical Center Board of Trustees — for 25 years, 15 of which he acted as chairman of the board. Among his many accolades for service came in 1998, when he was named Hospital Trustee of the Year by the New Jersey Hospital Association.

In addition to this, Kelaher was very active in the Republican party and was reelected as a state committeeman for Ocean County by the county GOP, was a devout Roman Catholic serving St. Joseph’s Parish as a trustee and Eucharistic Minister; was named the Irishman of the Year by the Friendly Son of St. Patrick of the Jersey Shore, among other “Man of the Year”-type awards from many service organizations of Ocean County including the Toms River Rotary Club and Ocean County Police Chiefs Association.

In his role as mayor he handed out resolutions honoring the good deeds and accomplishments of countless scouts, students, volunteers, township staff, athletes, artists and more. He swore in years of officials, police officers and first responders during township council meetings, and in these milestones he injected humor and sincere thanks in his interactions.

He was also a fixture at township events, walking as part of the annual Halloween parade or presiding over the annual Veterans Day parade and service, or helping to light up the township Christmas tree.

As his term as mayor ended, during his final visit to the Police Department, outgoing Mayor Thomas Kelaher was presented with a shadowbox from Chief Mitch Little and the Department for his retirement, with the inscription, “Thank You for All the Years of Unwavering Support.” 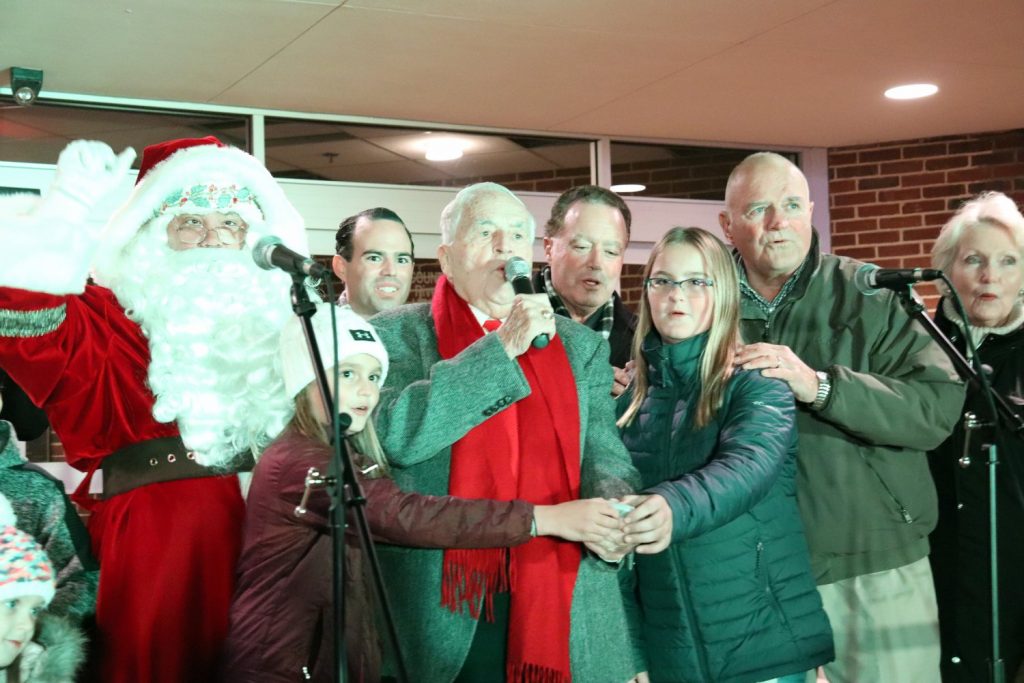