The Toms River Township council, in a 6-1 vote Tuesday night, introduced a measure that will sell $1.88 million worth of land to Ocean County. The governing body also passed a resolution endorsing the state’s proposal to fund the vast majority of the purchase of the former Joey Harrison’s Surf Club property in Ortley Beach.

Officials did not reveal the final price of the Surf Club property, but Councilwoman Maria Maruca said that the state’s commitment of $6.6 million in Blue Acres funding, combined with the $1.88 million land sale revenue, would pay for the acquisition project as a whole – not just the land purchase. 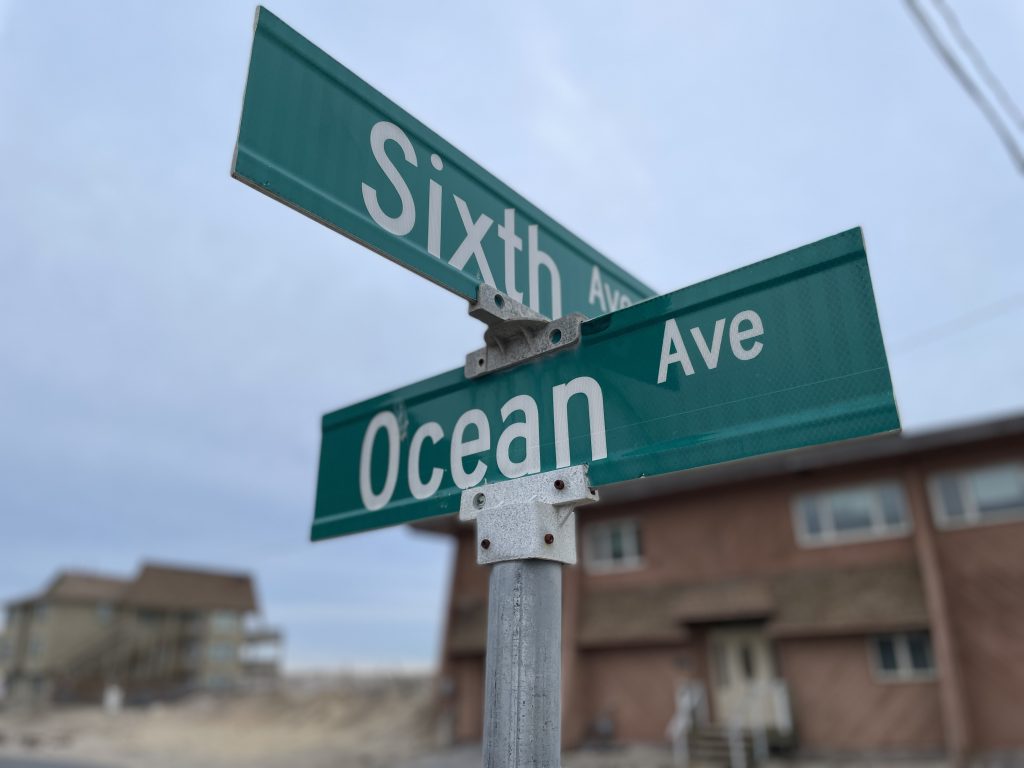 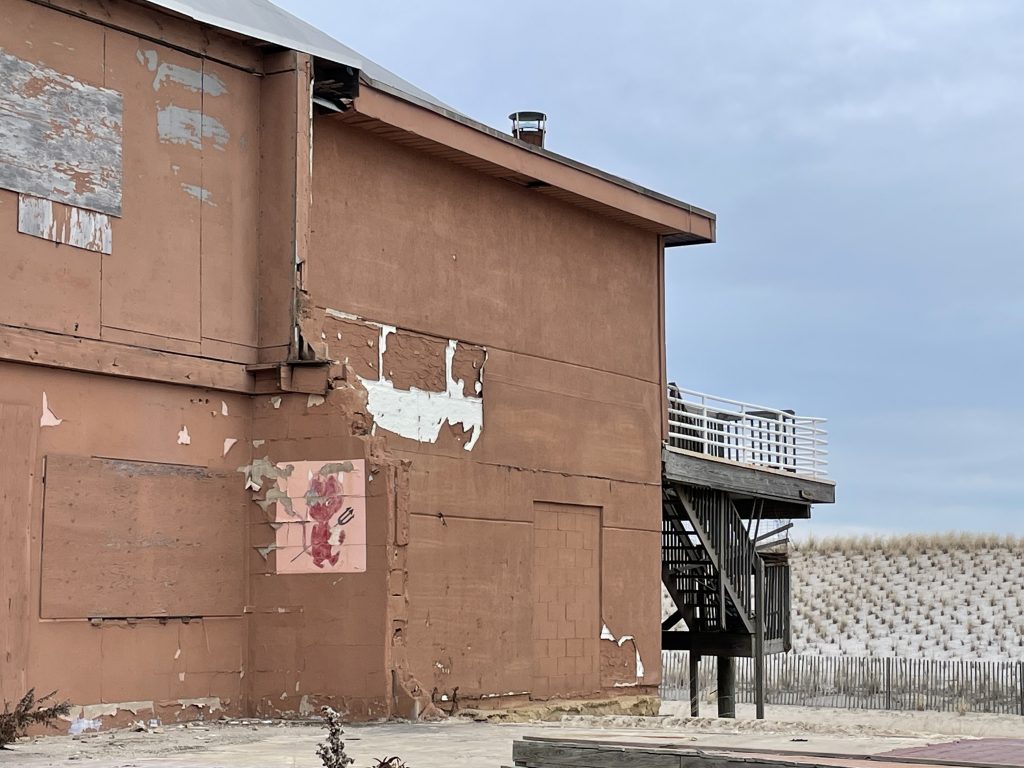 “It makes an environmentally-right decision and economically, it’s the right decision,” Maruca said. “It will benefit residents all over Toms River, and especially our business community [in Ortley Beach] that has particularly struggled since [Superstorm] Sandy.”

Blue Acres money originates in a state fund that is aimed at taking chronically-flooded properties out of private hands at the request of the landowner. It is unusual – in fact, virtually unheard-of – for the state to commit to purchasing a large swath of coveted oceanfront land. That motivated council members to vigorously pursue the Surf Club acquisition, several said Tuesday.

“It is exciting, really, really great that we had this opportunity from the state,” said Councilwoman Laurie Huryk.

Councilman Matthew Lotano said the Blue Acres funding would cover 91.6 percent of the cost of the project. Between that source of revenue, plus the land sale, the township will have enough money on hand to not only purchase the Surf Club property, but extend the township’s boardwalk. There is also a possibility that Green Acres funding – a separate state program – could be used toward the purchase of the parking lot across the street from the former nightclub in order to increase beach access by adding in upwards of 100 parking spaces for visitors.

“I think that’s important,” Lotano said of the dual funding sources. “We were able to work out a deal with the county that covered our share of it, so it is at no expense to Toms River.”

The ordinance, which requires a public hearing and second vote at the council’s next meeting, calls for the township to sell a plethora of land parcels to Ocean County for $1,880,000. The funds derived from these parcels, which are located adjacent to Cattus Island County Park and buffering Ocean County College, are to be used toward the project

The sole dissenting vote was cast by Councilman Dan Rodrick, who said he was not against purchasing the Surf Club property but concerned the asking price was too high. He cited, as proof, a tax appeal that was granted to the Barcelona family, who owns the property, which calculated the value of the parcels under $2 million.

“Paying $8 million for beach access is absurd,” said Rodrick. “The residents of the state already own the beach. I don’t oppose the purchase, but I don’t think the taxpayer should pay four times the value for this. The free market would never pay this much for this property, which is why it hasn’t sold since Sandy.” 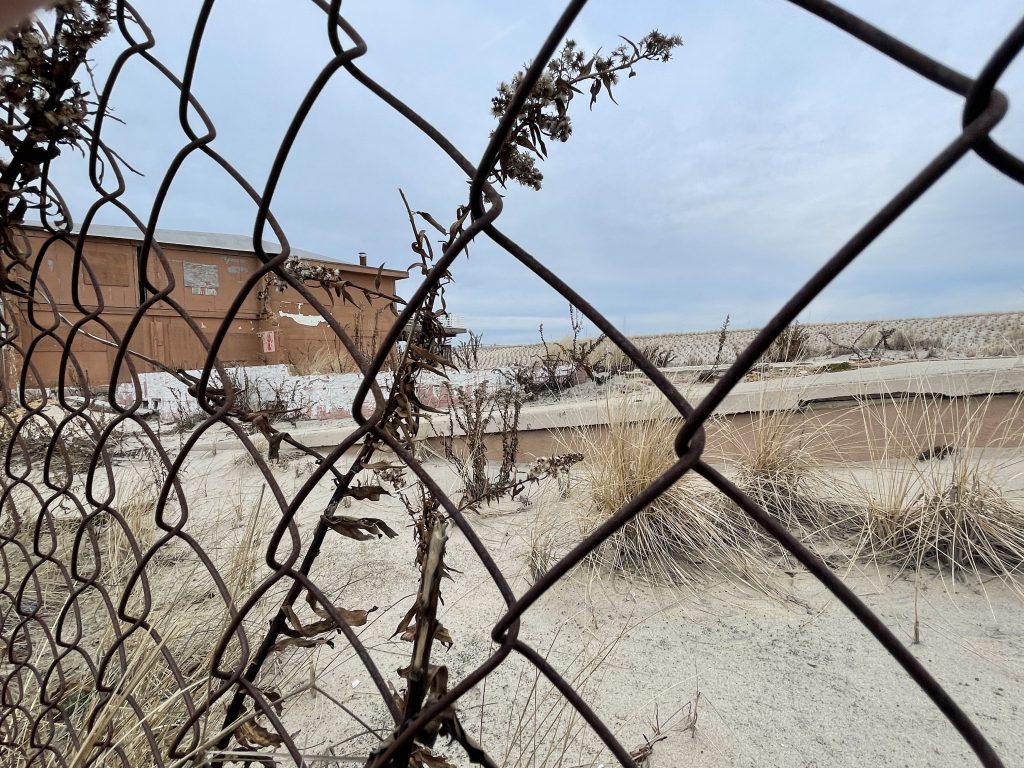 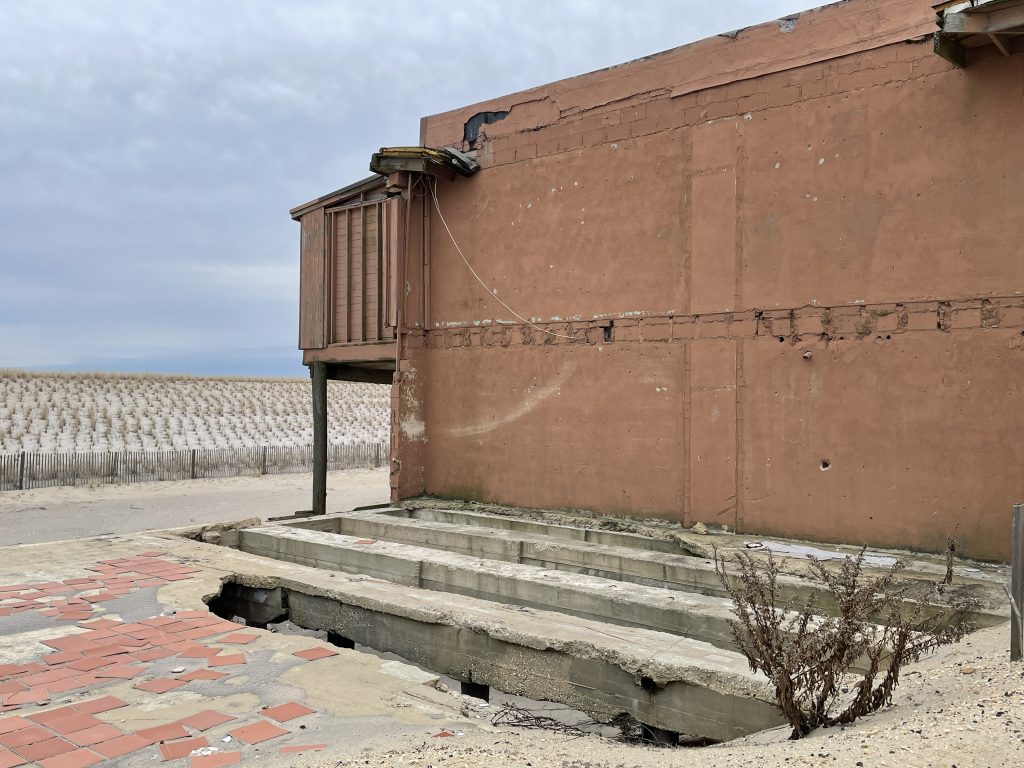 As is often the case, Rodrick found unified disagreement amongst his colleagues on the dais.

“It’s unfortunate that a wonderful thing like this is being misrepresented so frequently by one of our own council members,” said Huryk. “You don’t base a purchase on a tax assessment. It is improper, and it is not even the legal requirement for the grants we are receiving.”

Indeed, Blue Acres funding is determined by a professional appraisal of the property rather than its property tax assessment. Rodrick, however, maintained the township should not “subsidize” the purchase of the oceanfront plot.

Several members of the governing body thanked the Ortley Beach Voters and Taxpayers Association for lending its support – and finances – to the effort. The OBVTA first brought the proposed acquisition to the Toms River mayor and council in 2015. Additionally, the association offered to pay up to $10,000 in mediation fees to help reach a preliminary agreement with Toms River, the NJDEP and the property owner.

“After years of fighting for the purchase of the Surf Club, I could not be happier to see our hard work nearing fruition,” Maruca said in a statement following the meeting. “As the Ward 1 Council Member, representing Toms River’s barrier island sections, this purchase is close to home. It will be the first opportunity to preserve open space on the barrier island. I want to also thank the OBVTA and their executive officers for their support in these negotiations.”

“This has been a long process but we could not be prouder that an agreement appears to be in sight,” said OBVTA President Anthony Colluci. “This pristine piece of property will be enjoyed by all the residents of Toms River and Ortley Beach for decades to come.”

The resolution supporting the Blue Acres portion of the plan for the Surf Club property does not require a second vote, however the sale of land to the county does. That is expected to take place at the council’s Feb. 9 meeting. A public hearing will take place before the second round of votes are cast by council members.