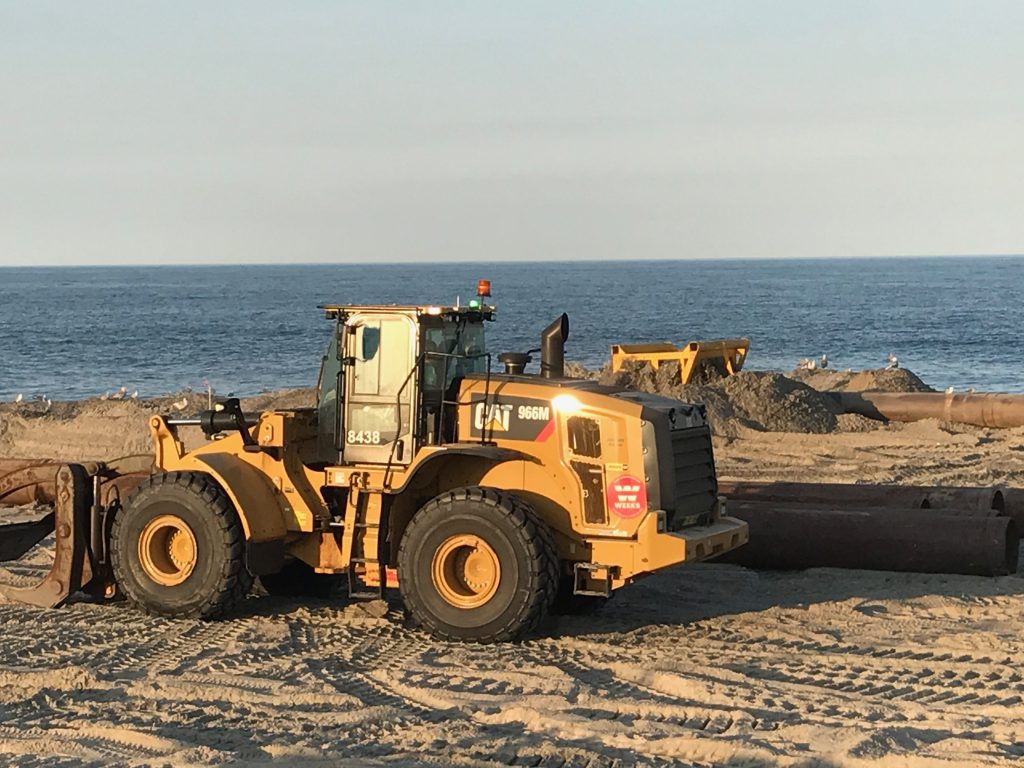 A week after Shorebeat first reported that recent hurricanes Harvey, Irma and Maria could affect the schedule of the dredge boats set to work on the northern Ocean County beach replenishment project, Seaside Heights officials are cautiously optimistic that the pumping project will not affect the 2018 summer season.

Beach replenishment projects close about 1,000-foot swaths of beach at a time, for about a day. While in many towns, beachgoers could simply travel to the next block, the stakes are higher in Seaside Heights, where businesses depend on beach traffic in front of their stores to make a living. Seaside Heights’ portion of the replenishment project was supposed to have already started, and was originally scheduled to last into October. The changes in timing are linked to the necessity for the dredge boats used in the project to be tied up elsewhere to serve emergency operations.


But despite the new date, officials said they are keeping in close contact with the U.S. Army Corps of Engineers, which is overseeing the project. Seaside Heights previous lobbied heavily to have its portion of the work – which includes the construction of 22-foot-high dunes and at least 200-feet of beach sand – completed outside of the lucrative summer season.

“I’m frightened because they’re behind,” said Vaz. “We can’t have them doing this in June.”