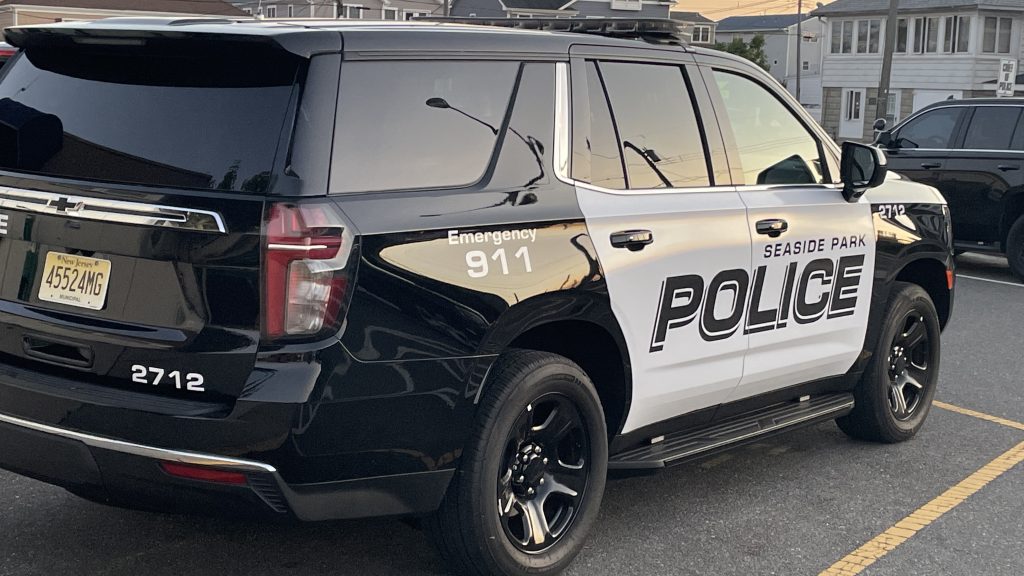 Seaside Park police have released their weekly blotter, highlighting a sampling of calls to which the department responded over the past week. The total number of calls handled by the department this week so far is 125.


First Aid – Police and Tri-Boro First Aid Squad responded to take a patient who was experiencing pain and general weakness. Police and EMS arrived and began to assess the patient at the scene. The subject was transported to Community Medical Center for further treatment.

Suspicious Persons – Police responded to the area of L St. and Ocean for a report of a male and female that had trespassed on a property that was not theirs. The caller stated a black pick-up truck pulled into their driveway and was walking around their property and they observed this on their surveillance system. When the homeowner spoke to them through their cameras the subjects quickly left and drove north on Ocean Avenue. Officers checked the area and could not locate the vehicle. The caller did provide a license plate for police and a report was generated for this incident.

Open Door – Police were dispatched to the area of 8th and Ocean for a report of an open door to a residence. Officers arrived and spoke to the caller who found their door ajar when they returned home. Officers checked the exterior and interior of the residence and did not observe and signs of forced entry. Nothing appeared to be disturbed, the house was cleared by police and was determined to be safe.

Arrest – While on patrol, officers observed a vehicle driving north on Central Avenue which was not maintaining its lane and initiated a motor vehicle stop. After further investigation the female driver was under suspicion of driving under the influence. Officers at the scene conducted field sobriety tests and determined that the driver was indeed impaired, and she was placed under arrest for DWI. She was transported to police headquarters for processing.

Alarm – Police were dispatched to the area of 2nd and Central for a burglar alarm activation. Officers arrived and checked the exterior of the building and did not locate any signs of forced entry. Police found individuals on the premises, and it was determined they were authorized to be there and that the alarm was set off in error.

Scam – Police responded to the area of 10th and Barnegat to take a report of a scam. Officers spoke to the caller who reported that he met a female on an app who stated she would send out their conversations and compromising photos that were shared to the caller’s social media friends unless they sent her $500. After some investigation it appeared the person was messaging the caller from overseas. Officers arrived and took all the information needed to generate a report and advised the caller to block the person and stop all communication with them and report it with the app administrators.

Arrest – Police were dispatched to the area of M St. and Central for a verbal dispute between a make and female. Officers arrived and located the subjects involved. The male caller alleged the female had come at him with a knife and that she also punctured the tire on his automobile. There was a flat tired on the caller’s vehicle. Neither subject had sustained any injuries. The female was placed under arrest for violating an active court order barring her from the premises. She was transported to police headquarters where she was processed and then lodged in the Ocean County Jail.