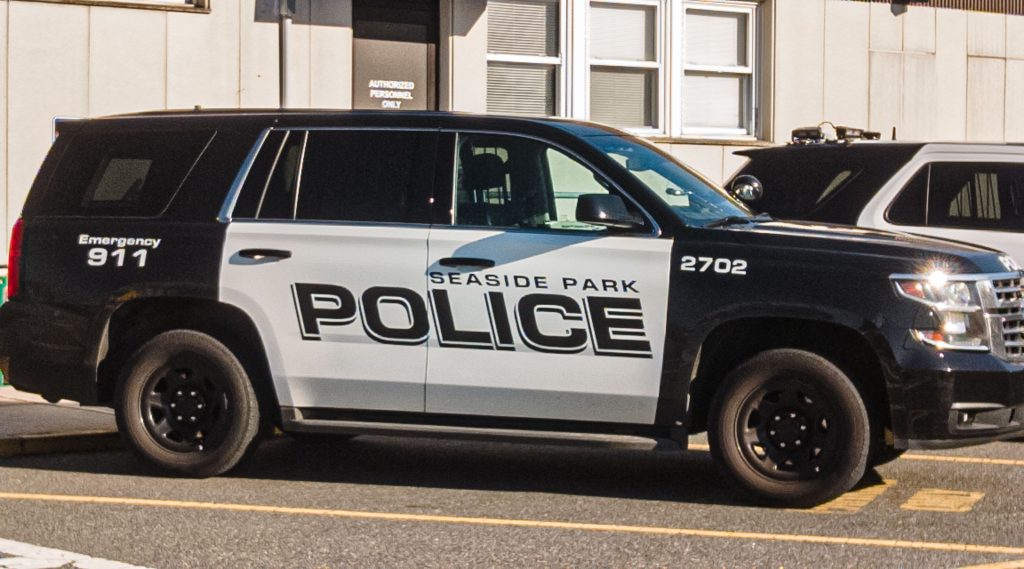 Seaside Park police have released their weekly blotter. The blotter contains a sampling of calls to which the department responded over the past week. The total number of calls handled by the department was 126.

Burglary – Police responded to the area of Lafayette and Central Avenue for a caller who reported their residence was burglarized. Officers arrived and spoke to the caller and began to investigate what had occurred. It was determined that that house was burglarized and was rummaged through, but nothing was reported stolen. All information was gathered to generate a report. This matter is still under investigation.

Alarm – Police were dispatched to the area of Stockton and Ocean Avenue for a burglar alarm activation. Officers arrived and checked the perimeter of the building and did not observe and signs of forced entry. After further investigation it was determined that the alarm was set off in error.

Suspicious Person – Police were dispatched to the area of Farragut and the Boardwalk for a male who possibly brandished a firearm towards the group of callers. Officers arrived and did locate the subject in the area matching the description given by the callers. The subject did have a large stick in his possession, as well as a knife on his person in the area where the caller’s stated they saw a possible firearm. The subject was compliant and stated the group had been aggressive with him as they walked by. No crime was committed and everything he had on him he was permitted to have.

Open Door – Police responded to check out a report of an open door in the area of 11th and Barnegat Ave. to a residence that the caller stated should be unoccupied. Officers responded and checked the residence and located the open door and did not observe any signs of forced entry. After further investigation it was determined that the homeowner was on scene and there were no issues. No further police action required.

First Aid – Police and Tri-Boro First Aid Squad responded to assist a patient experiencing chest pain. Officers and EMS arrived and began to assess the patient at the scene. They were transported to Community Medical Center for further medical treatment.

Verbal Dispute – Police were dispatched to the area of O St. and Ocean for a verbal dispute between household members. Officers arrived and spoke to the male and female involved in the altercation. The subjects were separated, and police spoke to both to determine what had occurred. It was only a verbal dispute and no other crime had occurred. Police advised both parties how to proceed with complaints if they wished to do so. No further police action required.

Keep the Peace – Police responded to the area of 7th and Central Avenue to assist a caller while they retrieved their personal belongings from their former significant others residence. Police arrived and spoke to both parties separately to investigate the situation to make sure everyone was alright. Officers stood by while she retrieved her items and ensured that no issues arose. No further police action required.