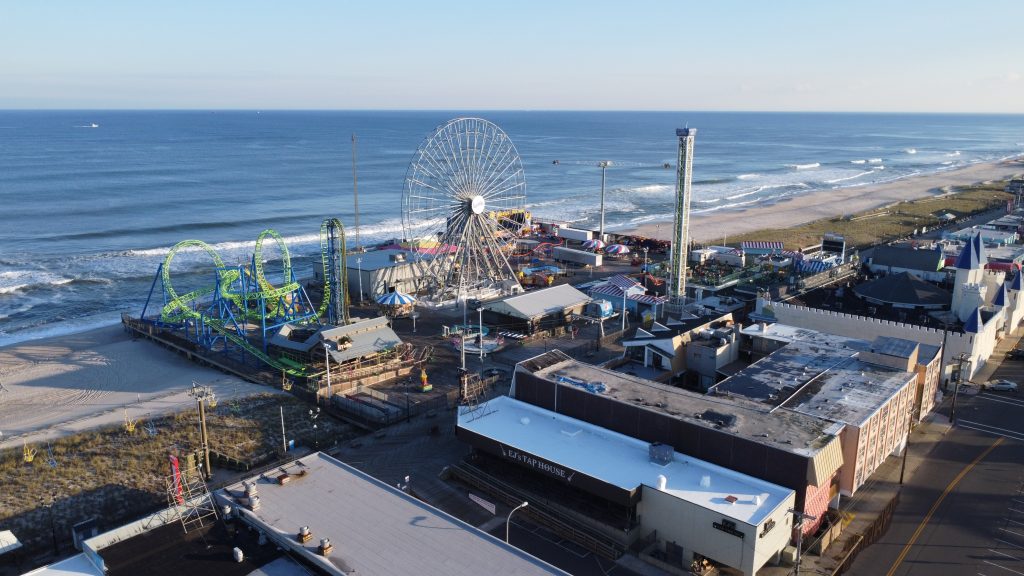 As high-speed wireless networking becomes all but a necessity for many people, providers have been struggling to keep up with demand. While users can almost always obtain a signal, the capacity of the network to transfer data – photos, text messages, app functionality, streaming video and, of course, phone calls – can suffer.

In Seaside Heights, AT&T sought to significantly upgrade its capacity by installing a modern antenna facility on the roof of the Aztec Ocean Resort motel, at Sherman Avenue and the boardwalk. The number of antennas raised eyebrows when it was proposed, but the facility will largely blend in to the dense landscape of buildings and attractions on the boardwalk, representatives from the wireless provider testified at a planning board hearing last week. Moreover, the new facility will replace a smaller, temporary bank of antennas currently mounted on top of the Casino Pier Arcade building.

The planning board would ultimately approve AT&T’s application after about two hours of testimony. 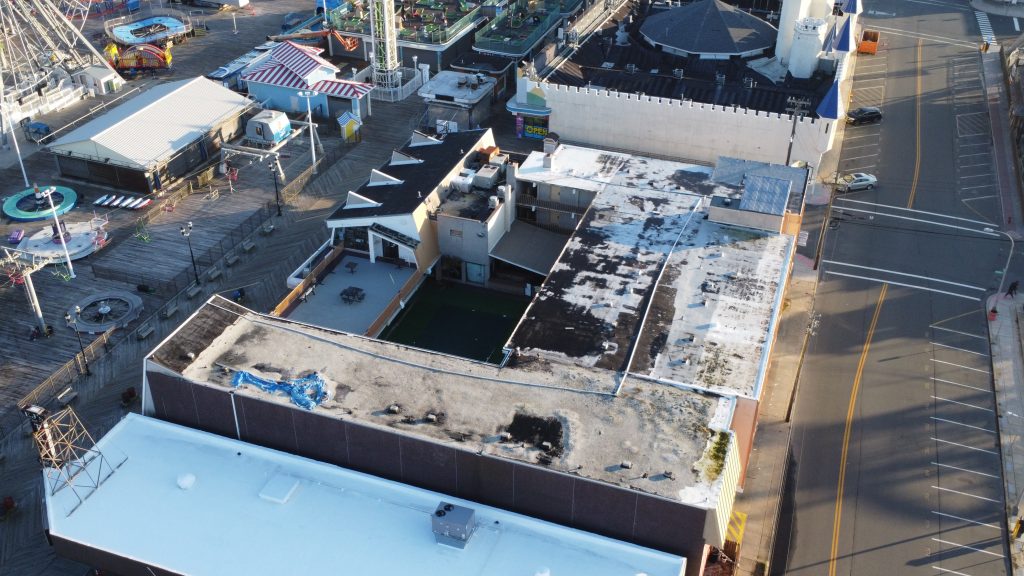 “We have a very small, existing temporary facility on the property next door – the arcade – but we are not allowed per our lease agreement to expand to a full complement of services,” explained attorney Christopher Quinn, representing AT&T.

In 2022, the wireless spectrum – the radio frequencies which carry voice and data – are more numerous than in the past, especially with 5G speeds. AT&T, like many wireless providers worldwide, use multiple bands and frequencies to carry its services, ranging from 700 megahertz to 2.3 gigahertz. These multiple frequencies each require their own antennas pointing in each direction, meaning an antenna site must accommodate more physical space than before. The new facilities, like the one proposed for the Aztec site, also allow the 700 megahertz frequency to be used as a “reserve” frequency for emergency responders during natural or man-made disasters, separating vital calls and data used by firefighters, police officers and other officials from the general public’s use, which often becomes overcrowded in emergencies.

In Seaside Heights, network capacity is an especially-important consideration since the borough is inundated with visitors all summer long – many of whom are using large amounts of data while they are away from their home internet connections.

“The idea here is that this site will provide capacity for the seasonal traffic and won’t suck up the network for people who are living in the homes to the west, which will be covered by the existing sites,” Quinn said.

AT&T currently leases space on the borough water tower, which will be maintained. The new antennas will generally serve the beach area and project coverage north and south into Ortley Beach and Seaside Park, as well as east on the beachfront itself, which sees heavy seasonal usage. 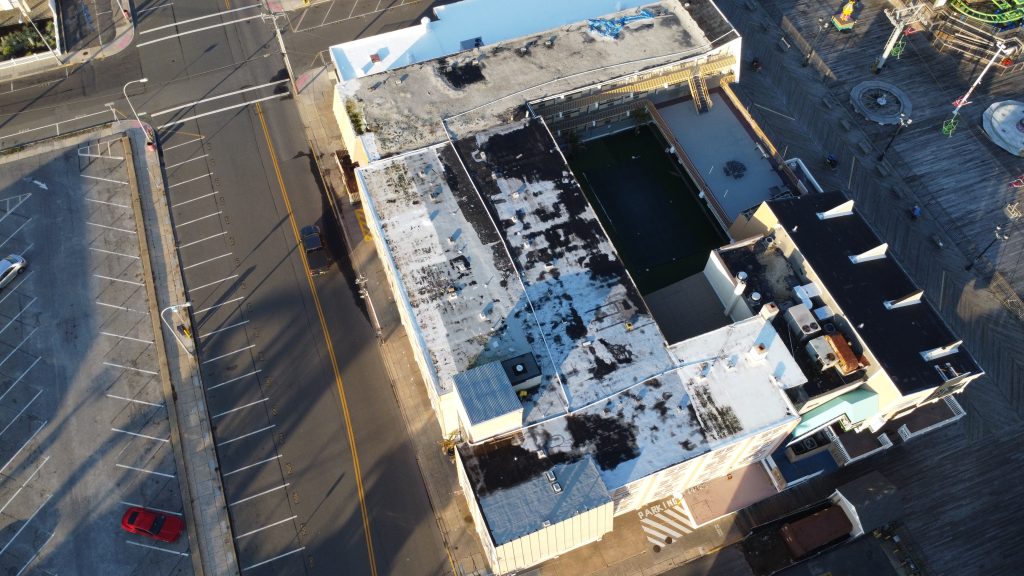 “Each sector will have four different positions of impact – three are on the northern end on ballasts and the southern sector will be mounted on the existing penthouse,” said engineer Nicholas Barile, representing AT&T.

“This is an unmanned facility,” said Barile. “A technician will visit the site every four to six weeks just to check on the site and make sure there aren’t any issues. It will be locked to the public.”

Daniel Penesso, a radiofrequency engineer, testified as to the importance of capacity.

“The reason we’re here for this location is because of the influx of subscribers who come here every year on vacation,” he said. “Currently we’re on the water tank … and that site provides coverage to the area, but doesn’t provide the capacity that we need when subscribers are here. And we can’t go outside of the geographic area to cover the geographic area.”

“Instead of trying to build something else, we’re looking to use this existing site,” he said, testifying that the only alternatives to placing the antennas on a tall building would be to construct a monopole or lattice pole on which the antennas would be placed – a less aesthetically pleasing alternative that would need its own location and likely numerous environmental permits.

The board unanimously approved AT&T’s application, providing a use variance as well as a height variance for the project. AT&T will have six months to remove the temporary site above the arcade once the site is operational. The company will also provide masking measures to help the antennas fit in to the aesthetic look of the area.