The National Weather Service has begun warning Jersey Shore residents of foul weather that could affect the area Friday into Saturday as the remnants of Hurricane Nicole, currently impacting Florida’s east coast, will move toward the region.

Rain, which will be heavy at times and include the chance of thunderstorms, and “very windy” conditions will move in during the day Friday (mainly after 10 a.m.), with the worst impacts occurring Friday night. The storm is forecast to linger into Saturday, though the quick-moving system could exit the region in time for a period of sun during the afternoon. 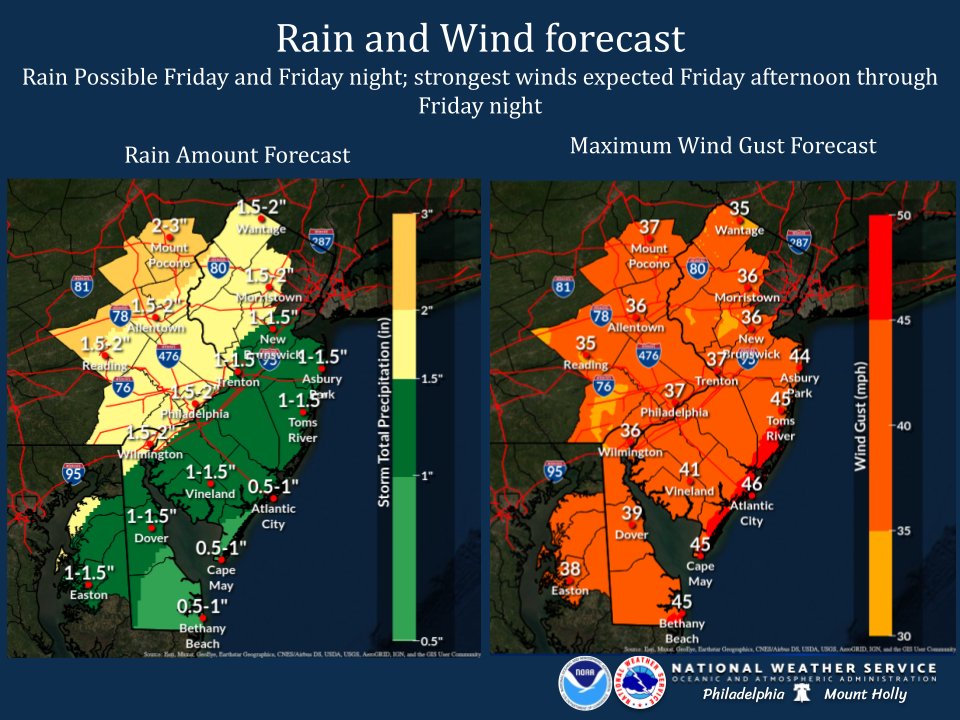 “The air mass across the area will be warm and humid, and a few thunderstorms could develop across the region,” the NWS office in Mount Holly, N.J. said. There would be a minimal chance that a thunderstorm could spur a tornado.


Winds during the storm are forecast to be sustained at 25-30 m.p.h. with gusts up to 45 m.p.h. The highest wind speeds will occur overnight Friday into the early morning hours of Saturday. Though it will be fast-moving, about 1.5 inches of rain is expected to fall, though the total could be as low as 1-inch in some areas depending on the development of the storm.

Offshore, gale force winds were forecast to be possible Friday night, and a small craft advisory would be posted, at minimum.

“A southwest to west wind may gust to 25 to 30 knots, especially in the [early Saturday] morning,” the forecast said. “Waves on our ocean waters may remain in the 6 to 8 foot range.”

Waves of 5-feet would continue into Sunday, the NWS marine forecast said.