The future of the recreational area at the former Seaside Park Elementary School, now closed to the public, will largely be driven by public demand for the site, officials said Thursday.

The Seaside Park borough council instructed the borough attorney to draft a resolution formally committing to fund half the cost of a study with the Seaside Park Board of Education which will determine future options for the site, their costs, and how the space may be utilized. One option that had been previously discussed, a skateboard park, is now off the table following discussions that revealed the complicated nature of developing such a use.

The study, which will be conducted by T&M Associates, an engineering firm, will not exceed $9,650. The report generated by the firm will then be distributed to the borough council and school board, at which point public meetings will likely be planned to gather ideas and determine a path forward. 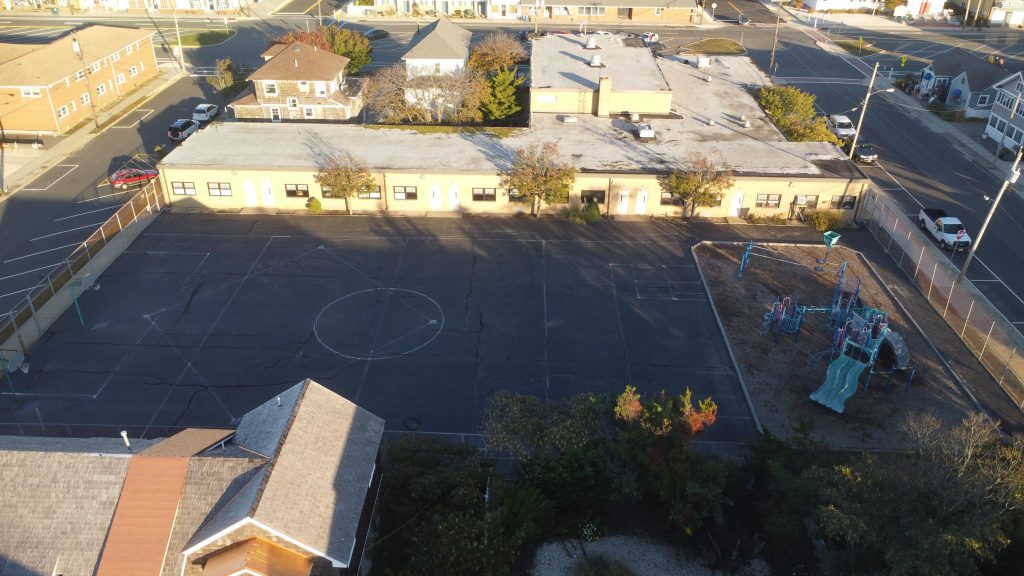 Pickleball courts have generated the most demand, Mayor John Peterson said. Other options could include tennis, bocce ball and fitness areas. The firm will also address buffers between the site and neighboring properties, plus drainage and safety matters.

“The concept takes into account options, and also takes into account what we’ve gotten so far from the public in terms of drainage and nearby residences,” said Peterson. “During the summer of 2021, we had numerous people come to the governing body and ask why we did not have more pickleball courts in this town. That is the background on what started all of this.”

Lavallette and Ortley Beach have both added pickleball courts over the past several years as the sport has exploded in popularity. But regardless of the future use of the property, officials acknowledge it must be improved.

“The surface is bad, there are cracks, so we want to do something about that,” said Michelle Miller, a Board of Education member who attended Thursday night’s council meeting. “The playground is closed off now because there is a piece of equipment that is dangerous.”

Three separate groups of residents have approached the non-operating school district about establishing pickleball courts there, while other uses have also been proposed. A science camp and some other groups would like to use it in the summer, Miller said, but cannot do so at the moment because of the condition of the equipment in the playground portion of the site, as well as the deteriorating macadam surfacing on the remainder.

“Pickleball seems to be the big push,” Miller said, envisioning the site operating with input from the community as well as setting hours so the site would not be used late at night.

“It’s been established as an unsafe zone in its entirely, so it has to be addressed in some way,” said Councilman Frank “Fritz” McHugh. “Otherwise it will stand just to be locked off, and that’s a shame. There’s certainly enough room to have a shaded area, some landscaping, two pickleball courts – it’s a very large space.”

The engineering study will nail down potential design options and costs, which will have to be worked out between the borough and school district should it be decided the site will be improved.

“If we get into the trenches, we have to come up with a legal way to craft an agreement,” said Peterson, referencing options that would include deed restrictions, shared services agreements or leases in order to link the borough and school district. The two bodies would also have to agree on funding sources.

“Do we leave it locked off and not use it, or do we do something in phases?” McHugh asked rhetorically. “Either way, it has to be addressed for safety purposes.”