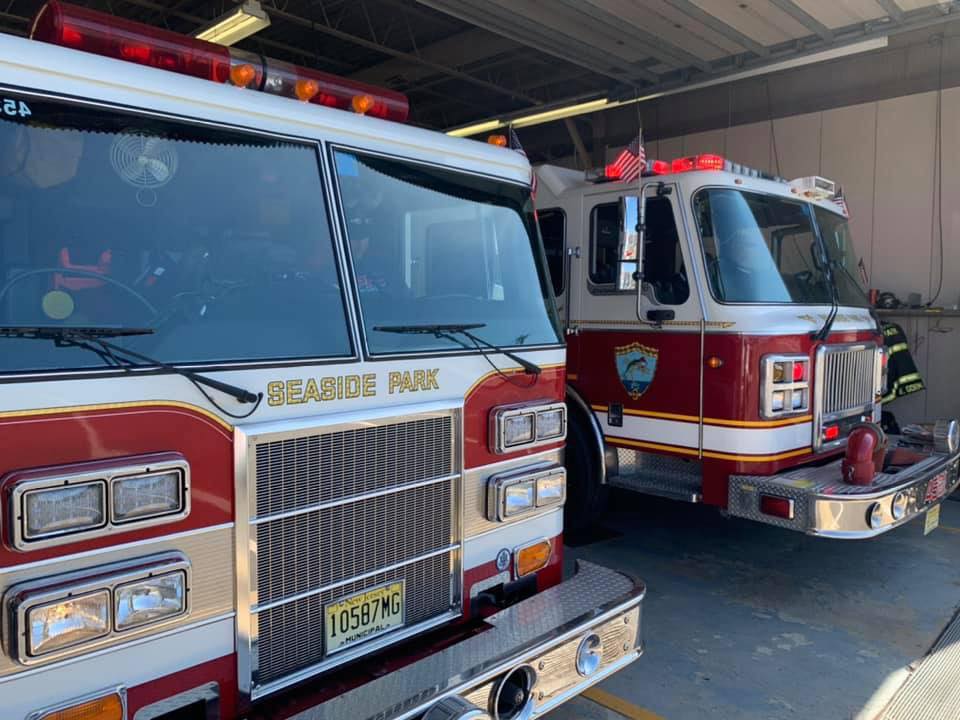 Seaside Park officials have signaled their intent to move forward with the purchase of a new fire truck, set to replace a pumper that is nearly 30 years old.

Fire Chief Michael Tumolo told the borough’s mayor and council during a work session meeting Thursday night that fire truck manufacturers are, in some cases, backlogged for years on orders, with prices on a continual rise.

“One company told us it would be two years before we could even talk about the price of a truck,” Tumolo said.


The all-volunteer department has recently been dealing with a Michigan-based company that splits its business between custom-built fire trucks and trucks with standard layouts that are sold after they come off the assembly line. Seaside Park, he said, generally does not require many custom amenities or advanced systems, making the vendor, HME Ahrens-Fox, a viable choice. The company, however, requires a letter of interest from the municipal government before negotiations on price can begin, given the demand.

“For whatever reason, fire trucks have been selling like hot cakes,” said Tumolo. “It’s often two years before you can get one. But this company sells some cookie-cutter models, and as they’re rolling off, they’re selling them right out the door, and you get your truck within months.”

When the borough began discussing the need for a new fire truck in the pre-pandemic period, the price  was estimated to be about $500,000. That has risen to an estimated $625,000, and continues to move upward. Once final pricing is determined, the borough will consider whether it is advantageous to enter into a lease-purchase agreement or buy the truck outright and finance it over the long term with a bonding measure.

Seaside Park operates two pumper trucks and one ladder truck. The pumper truck set to be replaced by the new rig is a 1993 Pierce Lance 1500/500, which previously served Toms River Fire Company No. 1 before having been acquired by Seaside Park after Superstorm Sandy. The company’s other pumper truck is a 2006 Seagrave Concorde 1750/1000 which was delivered new in 2009.

“We’re going to replace the oldest truck that we got from Toms River, and our truck we got in 2009 will go down the line,” Tumolo said, explaining that after the new truck is acquired, the older truck will deploy first to calls, followed by the new truck with the second crew. This practice saves mileage and wear and tear on the new truck, since it will be responding more often to routine calls.

The company also operates one ladder truck, a 1992 Grumman/Telesquirt 1500-500 that was previously in service with the East Dover fire company in Toms River. That truck will need to be replaced at some point in the coming years, however it is still working properly and posing few issues.

The older pumper truck, however, has begun to show its age.

“At this point, we are now spending more money to fix it than it would take to purchase a new vehicle,” said Tumolo. “Luckily, with the ladder, we haven’t reached that point. It hasn’t started to fail us, but it’s good to keep in mind that ladder trucks are even more expensive.”

Borough Attorney Steven Zabarsky, after receiving authorization from the council during the meeting, said he will author a letter of intent so fire officials can begin engaging with HME Ahrens-Fox. The new fire truck will come with a five year warranty period during which technicians would travel to Seaside Park to fix any issues. The price of the truck also includes department training on the equipment and new technology the truck will contain, as well as the opportunity for four representatives from the department to travel to the factory to observe the truck as it is being built for Seaside Park and ensure any customizations or specifications unique to the borough are being managed diligently.

Councilman Dr. Frank “Fritz” McHugh asked whether the borough could sell the aging pumper truck to recoup some of the cost – and the reply was interesting in and of itself.

The truck, however, will likely still have some life left overseas. Worth just a few thousand dollars on the trade market, the Seaside Park pumper truck may find its way to eastern Europe or Africa, where its life-saving mission will live on in a much different setting.

HME Ahrens-Fox, based in the town of Wyoming, Mich., offers three types of pumper trucks: a custom platform, a “mini” platform based on a pickup truck chassis, and its “Silverfox” model which is designed to offer features usually found on custom trucks at a more affordable price.