A four-unit home being used as an apartment complex is empty and slated for demolition, and will likely become a formally-declared area in need of redevelopment.

The borough planning board made the recommendation at a meeting held Monday – a decision that was largely overshadowed by the more controversial vote on another property, the Desert Palm Inn. Shorebeat covered that portion of the hearing separately in an article published yesterday.

The residential building at 66 I Street, located behind a former bait shop and diagonally across the street from Nino’s Pizza, was recently slated to be demolished by the borough council. The borough purchased the property, technically consisting of two buildings, in January 2022 for $850,000, according to county tax records. 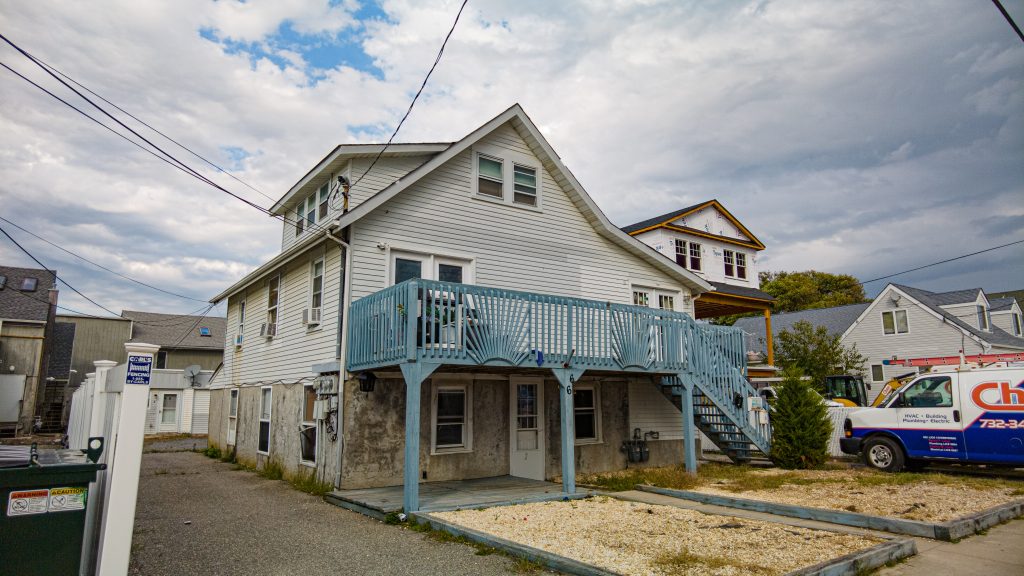 The property was determined to be both unsafe and unsanitary, though tenants were still living on the premises at the time. The borough, having successfully evicted the tenants, has now authorized town hall staff to investigate the feasibility of demolishing the home in-house with the assistance of Ocean County, or soliciting bids from private demolition firms to complete the work.

The redevelopment designation would allow the borough to strictly determine how the parcel of land should be redeveloped. Under state land use law, a redevelopment designation must be the subject of a study and a recommendation by the planning board before a final vote on its status by the borough council. The planning board voted unanimously to recommend the designation following testimony from licensed professional planner Kendra Lelie, of T&M Associates, who conducted a study of the parcel.

“Buckets were on the floors, tarps were on the ceiling to keep out the leaking,” Lelie said, describing the derelict conditions in the dwelling units.

“It has an extensive history of code violations,” Lelie said. “The building conditions represent unsafe and unsanitary conditions.” 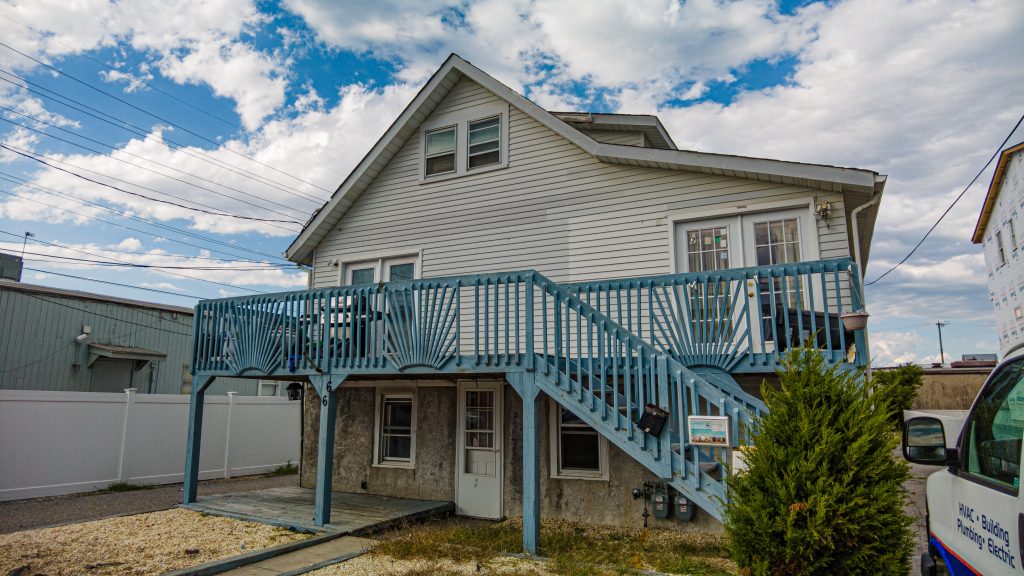 Mary McDermott, who owns a neighboring home, endorsed the recommendation.

“We’ve lived next to 66 I Street since 1980,” she said. “The conditions are deplorable, and we just hope the future of that property takes into account the traffic, privacy lighting of the area. We want to maintain our community, and we hope whatever the town decides with that property helps us do that.”

Should the council accept the planning board’s recommendation, it will have the option of developing a redevelopment plan and, ultimately, selling the property to a private party who will be required to build to the specifications of the plan laid out by the governing body. Alternatively, the property could be kept and utilized for public purposes, such as open space. Regardless of the final outcome, the current structures will be demolished and the property will be secured until its fate is determined.