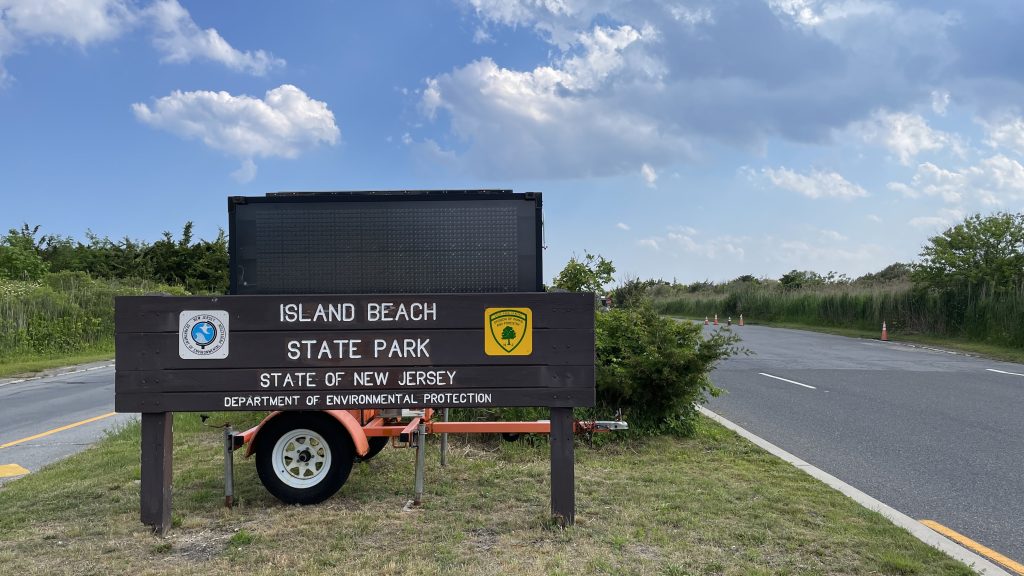 The mayor of Seaside Park is calling on Gov. Phil Murphy and the state Department of Environmental Protection to either rescind the elimination of fees to access Island Beach State Park, or provide financial and logistical assistance for surrounding towns that bear the brunt of immense traffic tie-ups and a significantly-increased visitor count when the park inevitably closes during busy days.

Mayor John A. Peterson first called on Trenton to support communities neighboring the park in 2021, when the state implemented parking restrictions in the park during the height of the summer due to the coronavirus pandemic. The lack of parking caused thousands of drivers to make U-turns, leading to accidents and gridlock, while the already tight parking conditions in Seaside Park and South Seaside Park were exacerbated. While the park has since reopened with its traditional parking capacity, Murphy’s decision to eliminate access fees for the summer season is shaping up to intensify last summer’s issues, Peterson said.

The mayor also criticized the administration for failing to consult with – or even notify – municipal leaders about the fee change. Peterson said he first learned of the policy when it was brought up in public at a borough council meeting.


“Unfortunately, this public change in policy and procedure was initiated without any input in the decision-making process from the borough of Seaside Park’s officials, though our community will now have to address the inevitable health and safety concerns resulting from this determination,” Peterson said in a letter to Murphy and a DEP liaison.

The issues arising out of high park attendance is seen nearly every weekend during the summer season in South Seaside Park, a section of Berkeley Township, and Seaside Park borough. When the park reaches its capacity, often by 10 a.m., thousands of vehicles stack up at the entrance on Route 35 and ultimately have to make a U-turn onto the northbound lanes. The vehicles, and their occupants, usually set off on a search for parking in the nearby communities. The influx of visitors has led to an increased use of police services, as well as adding more visitors to beaches which affects lifeguards, EMTs, public works and other personnel that must keep up with tourism activities.

Peterson said the statewide policy of free access to the park has the potential to multiply the number of visitors who come to the park on both weekends and weekdays, and will inevitably lead to earlier closing times, exacerbated traffic woes and a struggle to provide municipal services.

In his letter, Peterson asked Murphy to reconsider his decision to eliminate park fees, at least in the case of IBSP, and if not, provide assistance to neighbors. He requested “financial relief toward addressing the inevitable overcrowding and safety concerns, which will now be caused by your decision-making, as Island Beach State Park will in all likelihood be closed down on many upcoming summer weekdays as well as weekends.”

“While the state treasury has now apparently realized billions of dollars in surplus funds, our local municipalities continue to face significant budget challenges,” the letter went on to say.

Peterson wrote that he voiced concern last season with regard to the overcrowding issue on a conference call between the state and mayors of coastal communities, and authored a previous letter. The expression of concerns last year generated “unfulfilled promises for input and assistance.”

The daily beach season is about to begin at the park. According to the DEP, lifeguards are on duty from 10 a.m. to 6 p.m. on weekends only, but daily lifeguards will begin working Saturday June 18, 2022. Swimming is only permitted when lifeguards are on duty. Entrance fees were suspended beginning Memorial Day weekend and will continue for the remainder of the year.