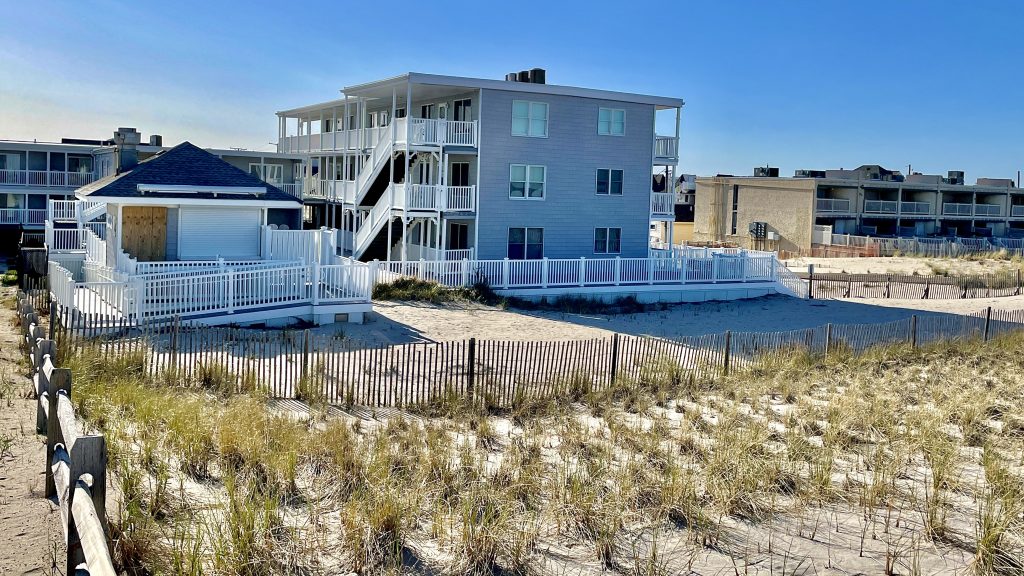 Verizon will add seven mobile antenna arrays to sites in Ortley Beach and Toms River’s north beaches this season for a second year in a row, expanding bandwidth for the upcoming summer season. But a company representative said they may become permanent in the future.

The Toms River Township planning board unanimously approved the installation of one standalone tower and six towers to be placed on top of an existing building. The nodes will be active from May 1 to Oct. 31.

A 70-foot temporary tower to be located at 3131 Route 35 North, a private property in the Ocean Beach section that houses a marine services business. The tower will be ballast-mounted, similar to the manner in which a solar panel is mounted to a rooftop. Verizon was granted variances for minimum front yard setback (20 feet required, less than 20 feet existing); minimum side yard setback (10 feet required, 6 and 6.5 feet existing) and a sidewalk waiver.


The remaining six nodes – technically part of a different application for legal purposes – will be installed on top of an existing condominium complex in Ortley Beach. The application proposes six antenna arrays at 1 Second Avenue, known as the Waldorf Condos. No towers will be built at the Second Avenue location as the nodes will be fitted to the roof.

The same towers were approved by the board on a temporary basis last summer. This season, the nodes will incorporate new technologies.

“The application could be seen as an extension of the previous approval,” said Verizon attorney Richard Schkolnick. “In each of the sectors, whether it’s on the building or a temporary tower, there were two antennas. Now there will be two and-a-half antennas.”

“They did an analysis and effectively, what they concluded … was that it passes review. From a radio emissions standpoint, it meets all of the standards,” said Roberts.

Indeed, wireless expansion is proliferating across the barrier island as its population grows, more residents are working from home, and 5G technology is becoming the standard for customers. New towers have recently come online in Lavallette, Brick Township and Seaside Park. The Ortley Beach and North Beach sites may join them.

Schkolnick said his office “may be back to make them permanent.”

“We’ll have to see in the future,” he said. “In Ortley Beach there is an issue with the final place of the equipment on the tower, as well as the owner of the tower. We respect the board’s time, so right now we want to do it on a temporary basis and give some relief to the folks who are here during the summer.”