Seaside Park police have released their blotter for the week. The blotter contains highlights of some of the calls to which the department responded over the last several days. The total number of calls for service the department has handled this week is 173.

The blotter, as submitted, appears below:

Alarm – Police responded to the area of C St. and Ocean Ave. for a burglar alarm activation. Officers arrived and checked the exterior of the residence and did not observe any signs of forced entry. There were individuals located inside the residence, and they were authorized to be on the premises, and it was determined that the alarm was set off in error.

First Aid – Police responded to a subject who was not feeling well and appeared to be disoriented. Police and Tri-Boro First Aid Squad responded and began to speak with and assess the patient at the scene. The subject was transported to Community Medical Center for further evaluation. 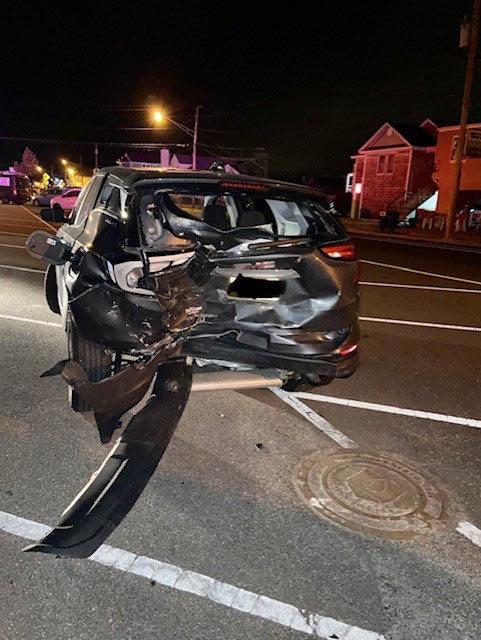 Hit & Run – While on patrol in the area of 8th Avenue and Central in the center median, officers observed a vehicle that had sustained severe rear end damage and no other vehicles in sight.

The area was checked, and neighboring agencies were advised to check their jurisdiction for any possible actor vehicles with heavy front end damage. Officers on scene took all the information needed to generate a report and the vehicle was towed out of the roadway.

The following day we received a tip on who the suspect vehicle belonged to. Police conducted a follow up investigation, and officers were able to charge the driver with reckless driving, leaving the scene of an accident, and failing to report an accident. [The driver’s identity was not divulged in the blotter.]

Criminal Mischief – Police responded to the area of Porter and Central Avenue for a report of criminal mischief. Officers arrived and spoke to the caller who pointed out that their parked vehicle had been egged with several eggs. Police took photos and information needed to generate a report. The area was also checked to see if any cameras were present that could have captured the incident.

Megan’s Law Arrest – As part of officers’ regular duties, they check on Megan’s Law offenders who reside in the borough and ensure they are following protocols to register with our agency yearly. The defendant had not checked in with the department or registered as per the law requirements. Officers went to his residence in the area of Porter and Central Avenue, and he was placed under arrest for violating those parameters. He was processed and charged at police headquarters and transported to Ocean County Jail where he was lodged.

Community Policing – While on patrol in the area of Lafayette and Ocean Avenue, officers located a vehicle with its trunk open and no one was around. Police checked the vehicle and did not see any signs of forced entry or observe anything out of place. Officers were able to locate the owner and advise him of their findings and to secure the vehicle.

Well Being Check – Police were called to the area of 1st and Central Avenue for a well being check. Officers arrived and were able to locate the subject who needed some assistance. After Police and Tri-Boro First Aid Squad investigated, it was determined that they needed to transport the subject to be evaluated at Community Medical Center. No further police action was required.