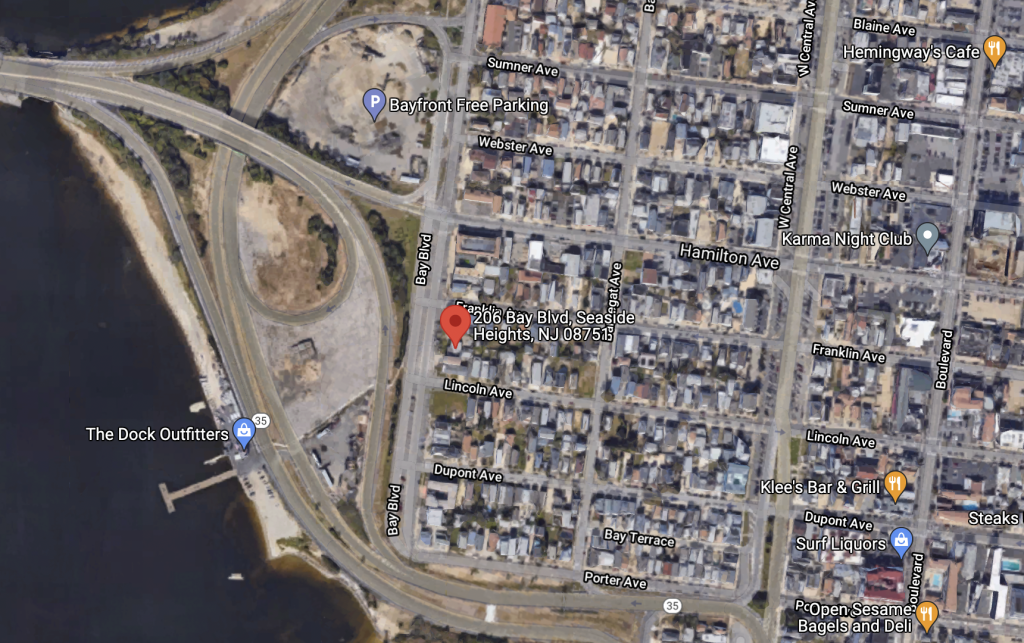 A developer has received approval from Seaside Heights officials to subdivide three lots in order to build new homes that comply with FEMA flood regulations, replacing a single home that does not.

The planning board approved an application by the owner of 206 Bay Boulevard, seeking to subdivide their property – which is 7250 square feet – into three lots, each measuring 2416.66 square feet in area. The owner has proposed a single-family home to be built on each of the lots.

The project needed planning board approval both for the subdivision as well as a use variance due to the proposed height of the homes. The owner proposed each of the homes at 37-feet from the base flood elevation, plus one foot. A variance is required when the height of a proposed building is over 10 percent of the allowed limit of 27-feet from BFE, plus one.


“There’s parking on the street, and across the street there is the interchange of Route 35 and Route 37. Being as it’s on the end of the block, it would have a minimal adverse affect on any of the adjoiners,” said Bruce Jacobs, engineer on the project. “We’ll be demolishing and existing structure that currently does not comply with the FEMA regulations and it will be an aesthetic benefit to the neighborhood.”