Lifeguards are rightly honored for their heroics – especially after a summer of rough rips and daring saves at the Jersey Shore – but in Seaside Heights there is another layer of protection for those who find themselves struggling in the surf.

The Seaside Heights Water Rescue Team, part of the Seaside Heights Volunteer Fire Department, is outfitted with the latest equipment and is often called to respond to emergencies island-wide. The team also trains hard in order to pull off rescues in the worst of conditions.

“All summer long, every night, they go out and drill,” said Seaside Heights Councilman and volunteer firefighter Rich Tompkins. “I don’t think many people know that. These guy drill just like they’re in the military – and other towns call us because they know our guys are trained well and can get out there.”

The team was recently honored by the Ocean County Department of Business Development and Tourism. Two weeks ago, the team responded to a staggering 18 calls in a single day, in multiple towns up and down the island.


“We had no rescues in Seaside Heights, believe it or not,” said Tompkins. “And I think that’s a great honor to have been able to keep people safe.”

The team is outfitted with a number of specialized vehicles and pieces of equipment, some of which can be seen in the video attached to this story. The equipment includes a dedicated Ford F-350 water rescue truck and another special van-based four wheel drive rig which tows an inflatable boat and engine, plus a jet-ski, to calls. 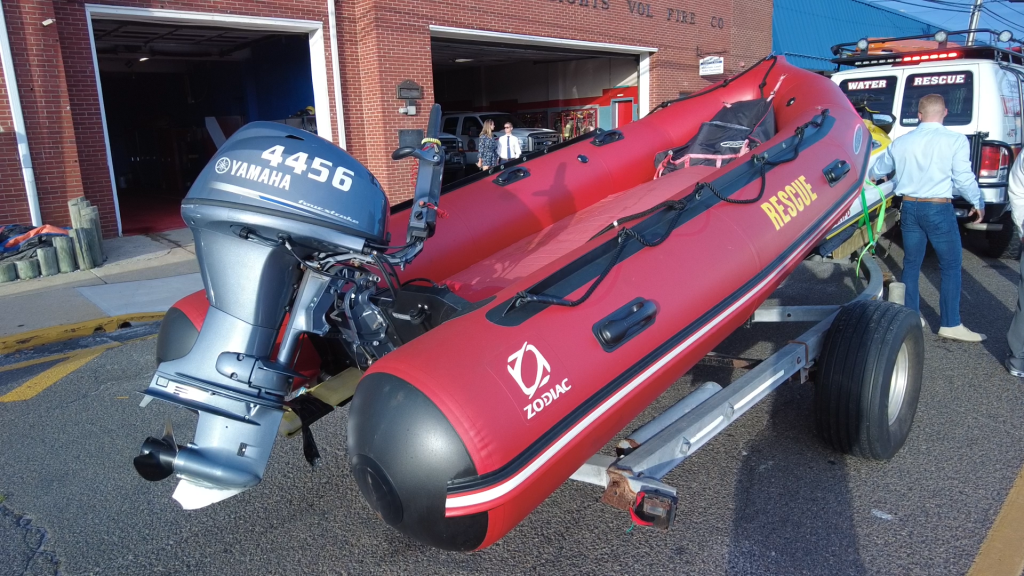 The team is a reflection of the community spirit of Seaside Heights, Mayor Anthony Vaz said.

“Many of these members were junior firefighters,” said Vaz, himself a member of the volunteer fire company. “It’s a great program we started here in town.”

The team, of course, is always looking for new members.

“If you know someone looking to volunteer, steer them to the fire department,” said Tompkins. “We could use members, especially the young people moving in.”