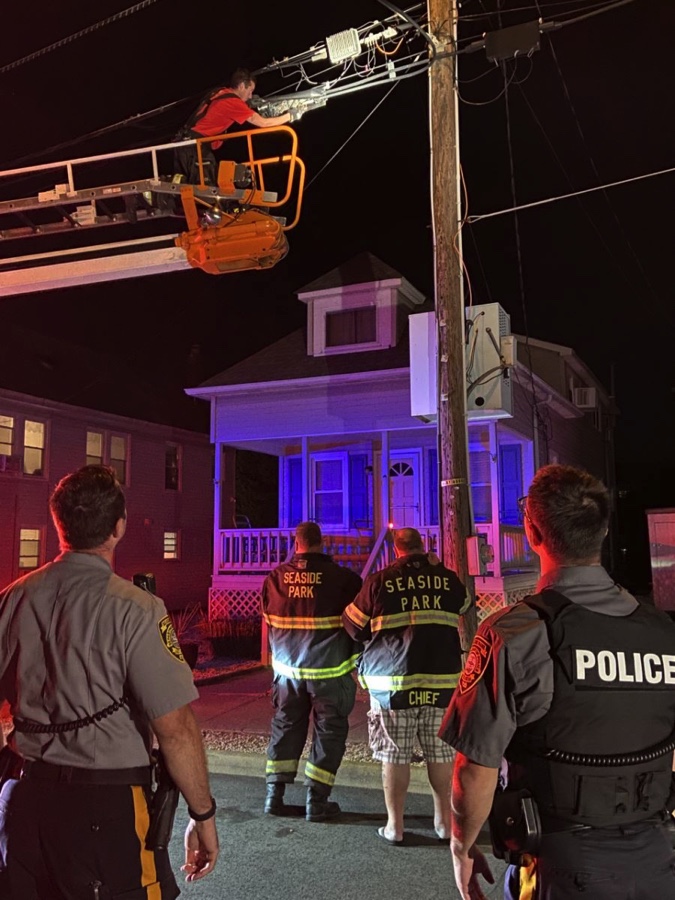 A family of birds found themselves in a bit of a pickle earlier this week in Seaside Park, but ended up flying the coop safely.

On Monday, borough police were dispatched to the area of Stockton Avenue and the Boulevard after a call came in reporting that two birds had attempted to nest in a portion of cable wire that had a plastic tubing over it. The birds appeared to be stuck and not able to free themselves, the caller told dispatcher. Police officers came to the scene to take a look as determined that some extra help was needed.

The Seaside Park Volunteer Fire Company were dispatched to Stockton and firefighters were able to free the birds, police said. Both flew out of trouble safely.


The tubing was secured shut so they could not resume their nest building. We appreciate the fire company’s assistance in helping to rescue the birds.

Seaside Park Police Sgt. Andrew Casole said the tubes in the wiring were secured shut so the birds could not resume their nest-building in such a dangerous location.

“We appreciate the fire company’s assistance in helping to rescue the birds,” he added.