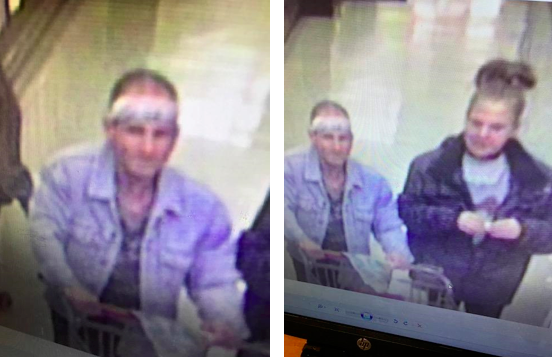 The suspects in the theft of $770 worth of coffee from Acme in Ortley Beach. (Photo: TRPD)

Toms River police are hoping readers can help them identify two suspects who are thought to have stolen a large amount of Keurig K-Cups from the Acme supermarket in Ortley Beach.

The theft was reported April 25. According to police spokesman Ralph Stocco, Officer Andrew Gannon responded to the Ortley Beach Acme, where the manager that two suspects were seen on video surveillance removing seven boxes of Keurig K-Cups valued at $110 each.  The unknown man and woman removed the $770 worth of coffee from the store and fled before being apprehended.

Anyone who can identify them should contact Detective Mark Bajada at 732-349-0150 extension 1241 or by email at Mbajada@trpolice.org. All information will be kept confidential, police said.