Temperatures to Reach High 80s This Week, But How About by the Beach? 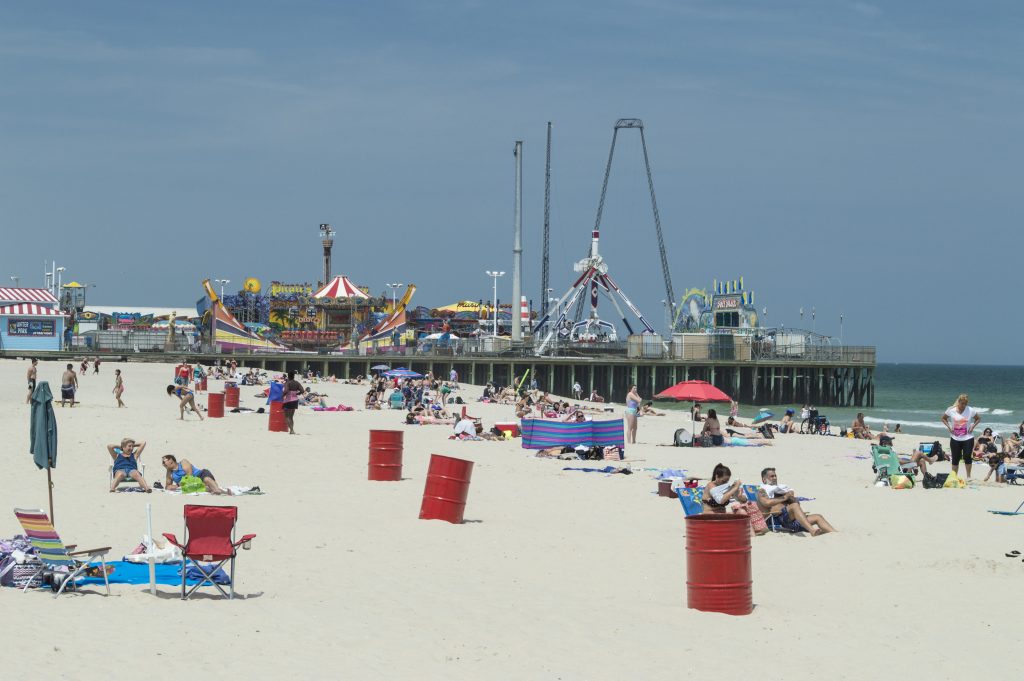 New Jersey residents will finally be able to put away their rain coats and sweatshirts and replace them with tees and flip-flops this week.

A weeks-long string of depressing weather will give way to sunshine Monday before the mercury begins rising over the course of the week, peaking Thursday.

According to the National Weather Service, after a comfortable high of 70 on Monday (though breezy), the temperatures will continue to rise. Tuesday is forecast to be reach the 80 degree mark, followed by 82 on Wednesday and 87 on Thursday before “cooling down” to 84 on Friday.


Often, however, spring heat waves fizzle before reaching the area where it’s most enjoyable – the beach – because the ocean water temperature remains in the low 50s. Winds, forecasters say, often determine whether the ocean will chill the air from the east or retain the heat from the west.

According to the NWS forecast, the wind through Wednesday will be from the northwest, meaning the chance of a major cool-down and sea fog at the shore will be less than usual. The weather service only forecasts wind direction three days out.

Most importantly, however, the pattern of frequent rain and cloudcover will cease this week. For the next seven days, it will either be sunny or mostly sunny, according to the NWS outlook.