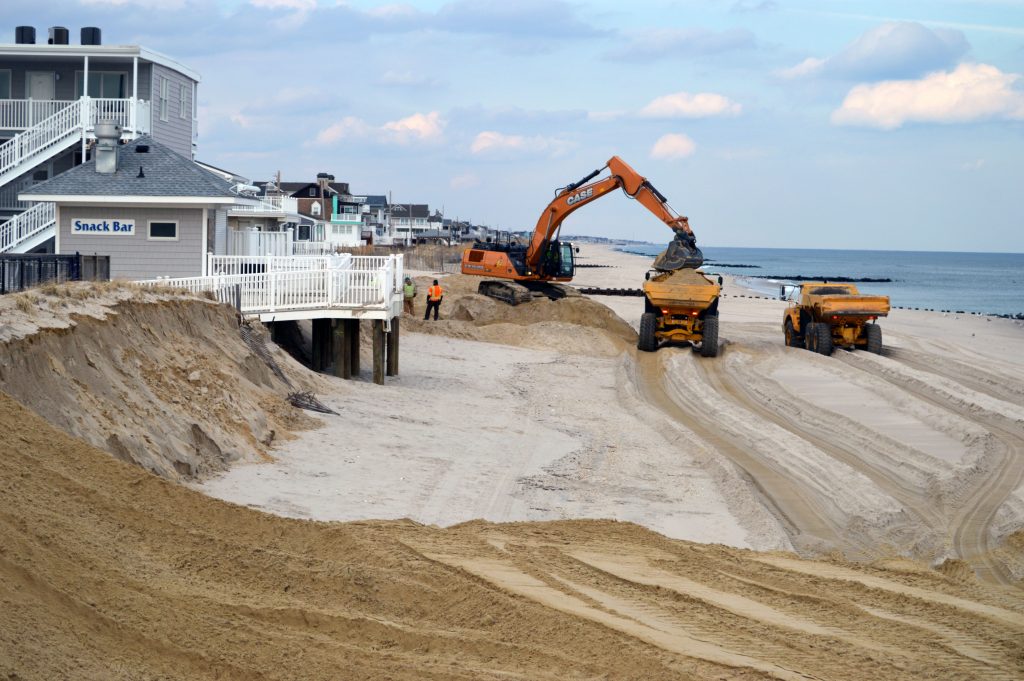 An initial round of beachfill in Ortley Beach has been delayed for a second time, Shorebeat has learned.

The project was initially supposed to begin in late April, but then was delayed until May 14. Now, the project has been delayed even longer.


“The current estimate is work could start on or about May 25,” Stephen Rochette, spokesman for the U.S. Army Corps of Engineers Philadelphia District.

That means the work, conceivably, could be taking place during the Memorial Day weekend holiday. The delay has reportedly been due to a similar, ongoing project in Florida that is taking longer than expected.

Orltey Beach is receiving an initial 267,000 cubic yards of sand, creating an approximately 225-foot-wide beach over the course of two weeks. Technically, the work is being completed before the larger, island-wide replenishment project begins due to the dire state of Ortley Beach’s dune system.

Weeks Marine, the contractor on the job, will work in 1,000-foot-wide sections of beaches at a time to minimize impacts to residents and visitors, officials have said.