New Jersey fishing, boating and tourism interests are hoping Wilbur Ross, the nation’s newly-minted Commerce Secretary, will roll back a decision to slash the state’s summer flounder quota by 36 percent, a move which is likely to lead to heftier regulations on the size and number of fish that can be kept by anglers.

The state’s most important recreational fish species, summer flounder fishing produces millions of dollars worth of income for party and charter boat operators, bait shop owners and boat dealers whose customers use their vessels for fishing the area’s numerous artificial reefs and back bays.

Much of the hope in staving off the cuts has been placed in Ross, who said in a statement released March 1 that he favored fisheries policies that would allow “maximum sustainable yield” for fisheries, meaning species considered to have healthy stocks would see fewer regulations. Environmentalists have argued that even at near-record numbers, regulations should remain tight if anglers are overfishing their quotas. Fishing advocates have argued that anglers are overfishing because the stocks are, in effect, “too healthy.”


“This action imposes a de facto moratorium on recreational summer flounder fishing in my state,” Martin wrote. “This action also is disproportionately damaging to New Jersey compared with other states.”

Not unexpectedly, Martin’s letter drew criticism from the New Jersey chapter of the Sierra Club, whose director, Jeff Tittel, said it is “in line with Trump as part of their anti-regulatory rollbacks.”

“Instead of protecting the fisheries off our coasts, they are trying to rollback limits put in place by the Marine Fisheries Commission,” said Tittel. “If we go back to the old limits, we’ll continue to see the depletion of flounder stocks. Some point, there won’t be any left to fish.” 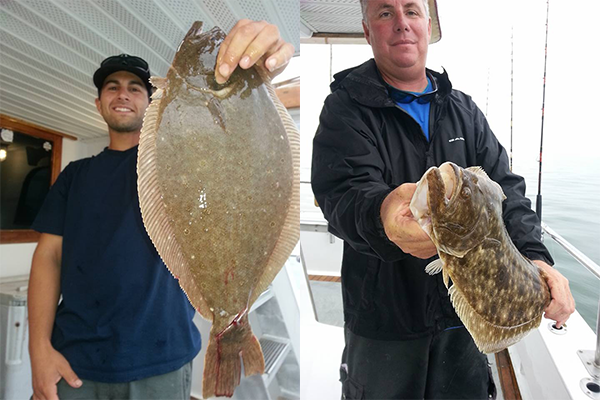 Customers on the Cock Robin out of Point Pleasant Beach show off their fluke catches. (Credit: Cock Robin Crew)

James Donofrio, director of the Recreational Fishing Alliance, said he is hopeful the proposed regulations will be rolled back.

“We’re probably going to be at five fish at 18 [inches] with the help of the secretary,” said Donofrio.

If the proposed limits were to be upheld anglers would likely be facing regulations of three fish at 19-inches. Catching a fish at that size limit would be difficult to achieve for many anglers, advocates say, since there are so few fish that grow that large. Also, they say, all fish over 18 inches are females, meaning anglers would be legally allowed to target just one gender, a move they consider unhealthy.