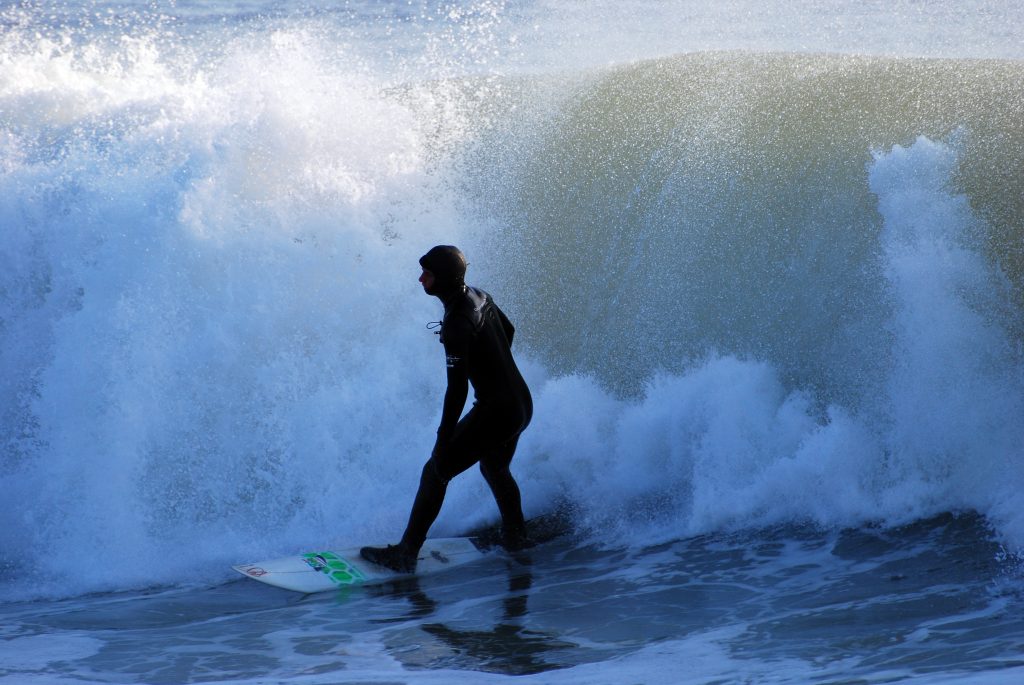 Surfers in Seaside Park have had enough of newbies crowding the waves – and they’ve gotten the ear of a borough councilman who argued Thursday night for a denial of permission for surf instructors to hold camps on the town’s beaches.

“There were complaints that they’re overcrowding the breaks,” Seaside Park Councilman Frank “Fritz” McHugh, said at a work meeting. “These surf camps are now creating a situation where, again, it is becoming hazardous.”

The discussion came after the borough’s governing body began discussing permitting the Hammer Surf School to use of 4th Avenue ocean beach for lessons this summer. The school is run by Sam Hammer, a professional surfer who is from Lavallette.


The surf camp asked to operate from June 20 through Sept. 3 during normal beach hours. In exchange, the camp pays the borough $3,500.

“We’re allowing a commercial enterprise to come down on our beach and, really, take over a whole block of beach all summer long,” McHugh continued.

“I can see the conflict,” said Mayor Robert W. Matthies. “It seems to me, the way that this is now, you’re just giving him this beach.”

Officials said, in all, four surf camps operate in the town. Surfing is allowed in areas that are not covered by a lifeguard, where normal swimming is permitted.

“I have nothing against Sammy Hammer and his surf school. I think it’s wonderful,” said Councilwoman Gail Coleman. “But if we’re letting borough property be used by a for-profit business, what’s the difference between this application and my application to, let’s say, to set up an ice cream stand on 4th Avenue. Or if I want to set up and sell beaded necklaces on the beach.”

The answer was provided by Borough Attorney Steven A. Zabarsky, who said there is a difference between actively selling retail items on the beach and provided surf lessons.

“No one can stop someone from buying a beach badge and saying, ‘hey, come on, I’ll teach you how to surf for $50,'” said Zabarsky. “There’s no real way to police that. You don’t even have to know about it.”

Essentially, the attorney implied, someone who wanted to offer surf lessons could purchase beach badges, bring his clients to the beach and teach them how to surf without ever asking for permission – or paying the $3,500 fee.

“They’re crowding the lineup and these guys are acting like it’s a concession,” McHugh argued.

Ultimately, Councilwoman Nancy Koury suggested the matter be brought to the borough’s beach captain, who would be asked to submit a report before June, when the surf camps would begin. The council agreed to table the matter until the beach captain’s report was revealed.