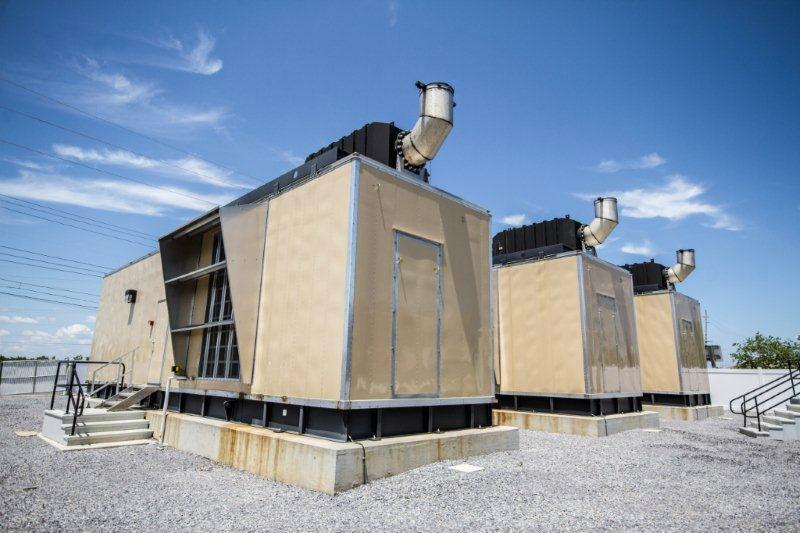 A power outage during the January nor’easter left many Seaside Heights residents wondering why the town’s two diesel generators didn’t flip on to provide power until regular electrical service was restored.

The answer: the generators are not currently equipped to provide power in a routine power outage during a minor storm – they must be manually activated to serve during a long-term outage – but borough officials are considering purchasing equipment that would keep residents’ lights on during short-term hiccups in the power grid.

“They weren’t designed to automatically kick on just because the power goes out,” said Paul Williams, an engineer with Energy Consulting Services, a company that provides guidance to officials on the municipal electric utility. “During Sandy, I got a call that night, and we manually ran the units.”


Seaside Heights has three, 2 megawatt diesel generators that can provide power to both borough facilities as well as residents in the event of a power outage. But the system must be upgraded in order to safely have it automatically switch on during short-term outages. The explanation, though a bit tedious, is an interesting look into the town’s power system.

Seaside Heights is powered by two transmission lines which run across Barnegat Bay from the mainland. There is a circuit breaker at the north side of town, and another at the south side, Williams explained. Two more circuits expand out of the north side, to which one generator is linked, and four more circuits power the south end, to which the other two generators are linked.

“In the more routine kind of storm, like we had in late January, the town load can vary from a low of about four megawatts overnight to, even in the winter, six to seven and-a-half megawatts,” said Williams, so there may not always be enough power put out by the generators to light up the whole town.

More importantly, there are no devices in place that can balance the load of the generators to evenly power the grid, so the two generators on the south side of town could provide power to the north side, and vice versa. There is also the issue of a power surge that could damage the generators when the regular service is restored from the mainland through the Jersey Central Power and Light transmission lines.

“We can’t run these units and risk damaging them if we have these breakers closed,” said Williams.

The solution to the problem would be to install a switch between north and south parts of town that can be left open so the load can be balanced and the generators can power down once electrical service is restored.

In the event of a power outage, “Until we exceed the six megawatts, we can keep closing breakers,” explained Williams. During the summer, electrical use nearly doubles to between 12 and 13 megawatts, but the generators can still be used to provide power to portions of the town on a rotating basis.

“Nobody loses power for the whole time, but there’s the possibility, if the load is more than six megawatts, that we may not be able to serve all the people at all times,” Williams said.

Mayor Anthony Vaz said the borough council will meet in March to discuss the cost of purchasing a switch and whether it is an initiative worth pursuing.