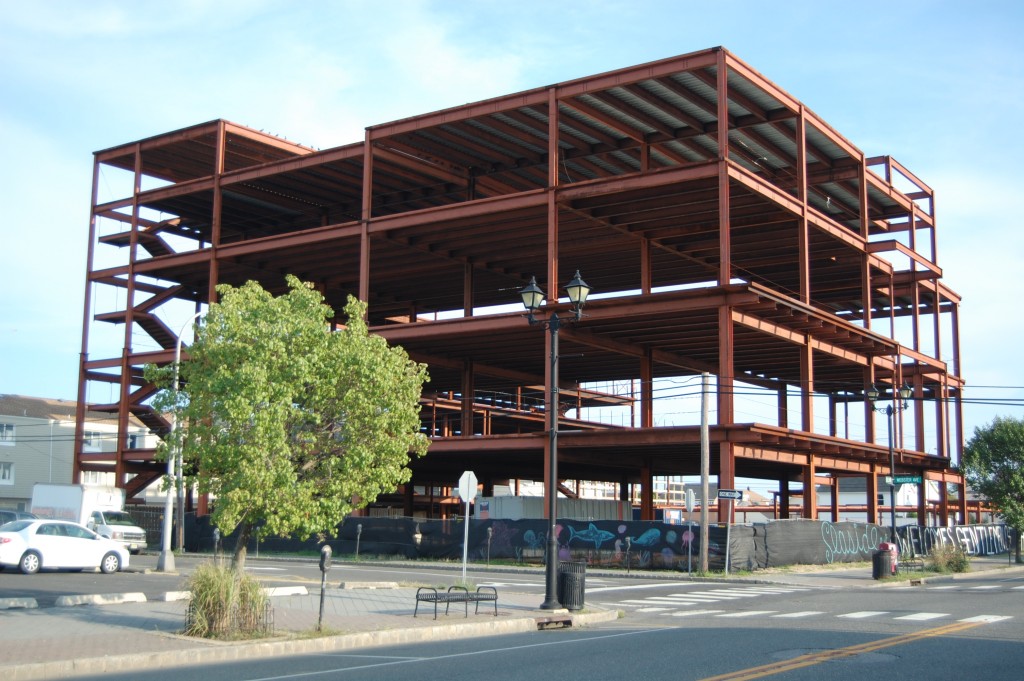 Seaside Heights officials are in the early stages of developing what may become a large-scale, town-wide redevelopment effort that could include areas of the Boulevard as well as spaces currently occupied by motels.


The borough council discussed the matter in a closed, executive session meeting Wednesday and officials could only limitedly comment due to confidentiality laws. But Mayor Anthony Vaz told Shorebeat that multiple developers are interested in projects in various areas of the borough.

“There are some negotiations going on that we can’t talk about publicly,” said Borough Attorney George R. Gilmore.

One of the sites that has garnered interest is the ill-fated, rusting shell of what was once planned to be a spectacular nightlife and banquet hub on the Boulevard, complete with pools, restaurants and nightclubs. The former site of Club XS and the Yakety Yak Cafe between Webster and Hamilton avenues, owned by Vincent Craparotta, has been sitting idle for years, but has been shielded from action by the borough due to state policies put into place after the 2008 mortgage crisis which extended permits and approvals beyond traditional deadlines. The years-long extensions of permits has allowed the planned building to remain in limbo with only its steel superstructure having been completed. Those laws, Vaz said, expire in December of this year, which could provide the borough more power to intervene.

Gilmore confirmed there was interest in the structure by developers, which could include national restaurant chains.

As with the deteriorating Boulevard site, the borough’s motels have drawn increased scrutiny – and a more public airing of borough officials’ frustrations – since a Star-Ledger article last December detailed county policies that drop what some consider an inordinate amount of homeless people, convicted felons and sex offenders into the motels on a long-term basis.

“The borough has been active into looking at various motels in town and considering a town-wide redevelopment plan,” Gilmore said, estimating it could take about six months for such a plan to be created.

The redevelopment plan would be part of a larger effort to restore the borough to its former glory as a family resort and raise property values, while lessening crime and blight. The overall effort to shed the borough’s negative image often attributed to MTV’s “Jersey Shore” was heightened after Borough Administrator Christopher Vaz was appointed. In pearheading the effort, Vaz was instrumental in bringing the Gentlemen of the Road Stopover Tour featuring Mumford and Sons to Seaside Heights, and ushering in more family-friendly activities, including beachfront bonfires, frequent concerts on the beach and boardwalk, and oceanfront camping.

“These are things we have to build upon,” Anthony Vaz said.

Both officials and residents who attended Wednesday’s public portion of the meeting spoke of the success of the plan thus far, relaying anecdotes of more families visiting the borough than in previous years.

“We are getting families back to this town,” Gilmore said. “I grew up in Seaside Heights. In the ‘50s, that’s all you had. In the ‘80s there was a change, but now it’s changing back.”

But even as Seaside Heights officials forge ahead to rapidly change their town’s image, the borough will proceed “slowly and cautiously” with the potential large-scale redevelopment plan, Gilmore said. “I’ve learned the greatest political virtue is patience.”