Over the past ten days, manatees – commonly found in Florida’s warm bays and rivers – have been spotted in multiple locations in New Jersey, prompting wildlife experts to caution boaters that the large marine mammals may be present in local waters…

EDITOR’S NOTE: This story was published in Aug. 2015. On Aug. 23, 2016, for unknown reasons, it began going viral on social media. In the interest of ethics, we want to ensure all readers are aware of the original publish date. 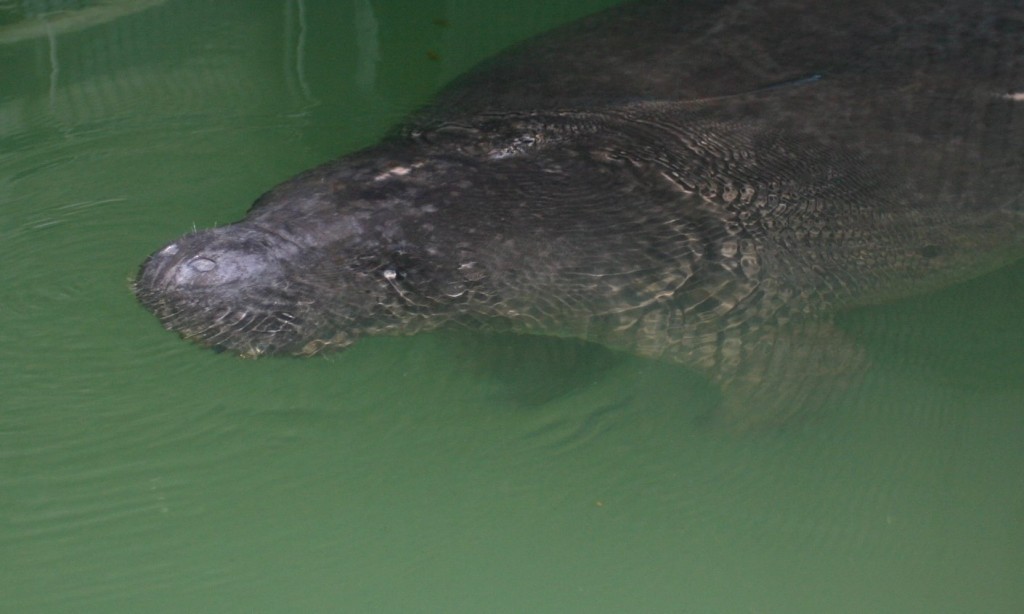 Over the past ten days, manatees – commonly found in Florida’s warm bays and rivers – have been spotted in multiple locations in New Jersey, prompting wildlife experts to caution boaters that the large marine mammals may be present in local waters.

A contributor to the Jersey Shore Hurricane News Facebook page posted a video on Wednesday showing a manatee in a Toms River lagoon, the first sighting to be recorded in northern Ocean County. The Brigantine-based Marine Mammal Stranding Center also confirmed a Toms River sighting.


The stranding center confirmed at least two individual manatees have been found in New Jersey waters. Whether one of them changed locations, or if the latest sighting could be a third individual, remains to be seen. The animals, which are known to move slowly, are also known to switch locations, staff said.

The sightings have also caused stranding center officials to urge boaters to be cautious in areas where the animals are known to be located.

“Since they come from Florida where they encounter lots of boat traffic, they seem to know how to avoid boats, although people should slow down when in the area of manatees,” the stranding center said in a social media post.

The manatee is protected under federal law by the Marine Mammal Protection Act of 1972 and by the Endangered Species Act of 1973, which make it illegal to harass, hunt, capture or kill any marine mammal. In Florida, state laws require no wake zones in areas where the creatures usually congregate. Manatees are described as “friendly, peaceful” creatures by the National Wildlife Federation, but they are also known to be inquisitive, sometimes attracted to the very boats that pose a danger to them.

While rare, manatee sightings in New Jersey are not without precedent. The stranding center rescued a manatee from New Jersey waters in 2009 after it was found to be suffering from hypothermia. The center’s staff named the manatee Ilya.

“After a few days of stabilization at our facility we found him a ride to Florida via the US Coast Guard Atlantic City, who was heading that way on a training mission,” the stranding center said via social media. ” Ilya spent a few months in rehab and was successfully released back into FL waters.”