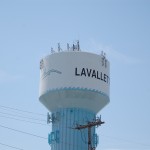 Lavallette officials have slightly modified the contract of Municipal Prosecutor Kim Pascarella to include one of his associates. The move came after a discussion as to how prosecutorial assignments are handled in the borough.

Councilwoman Joanne Filippone asked for the matter to be the focus of a separate discussion after she brought up concerns that appointing Pascarella’s associate, Joseph Coronato, Jr., could effectively supersede the appointment of Lavallette’s alternate municipal prosecutor, Bonnie Peterson, who normally fills in for Pascarella when he cannot prosecute a case in town.

“It sounds to me that, in your absence, this letter technically asks us to appoint Mr. Coronato as your substitute,” said Filippone, to Pascarella, who was present at the Aug. 17 council meeting. “I want it clear that we’ve offered an alternate contract to another attorney.”


Pascarella said Coronato would only handle cases when both he as well as Peterson were unavailable. The appointment would guarantee that court would not have to be canceled in the rare event that both prosecutors were unable to attend.