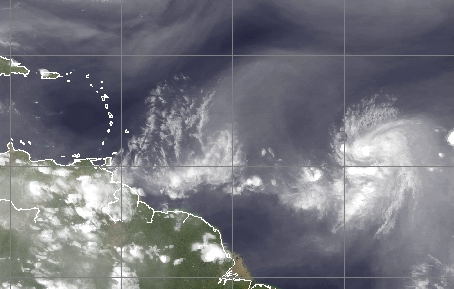 Tropical Storm Danny is forecast to develop into the first hurricane of the 2015 tropical season.

Danny formed late Tuesday morning. By 5 p.m. Tuesday, the storm was packing 40 m.p.h. – a minimal tropical storm – and was located far in the eastern Atlantic ocean, about halfway between the African continent and South America.


Danny is currently forecast to reach hurricane strength – meaning 74 m.p.h. winds or more – in 48 hours. The storm is predicted to pack wind speeds of 100 m.p.h. in 96 hours.

The storm, even by Sunday, is still forecast to be hundreds of miles from the eastern Caribbean.