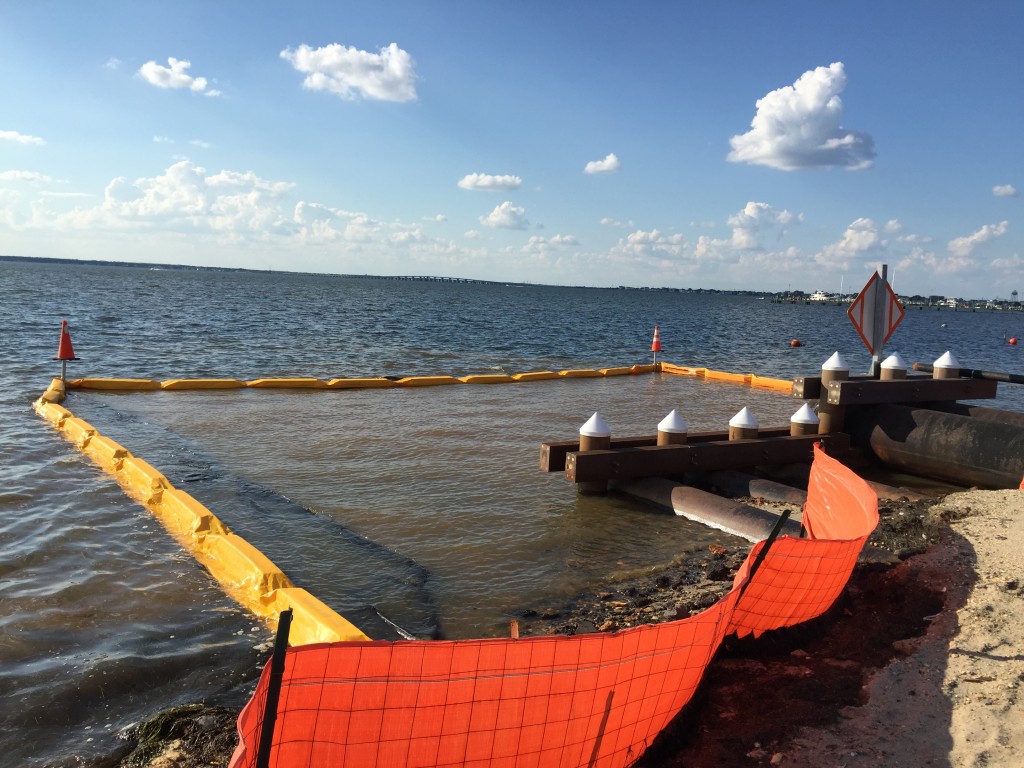 County officials say they are continuing to monitor bay water quality in Seaside Park following the plume of silt that developed last week after a pump designed to clear water off Route 35 malfunctioned.

The pump site at 8th Street in the borough turned on without rain having fallen, leading to what state officials said was construction sediment being washed into the bay. When water – including groundwater that may have intruded into the system – began rushing into the bay, it churned up the bay bottom creating a silt plume that was visible from shore and from the air.

Though no contaminants or bacteria exceeded acceptable levels, county officials are closely monitoring the area around the pump station. On Wednesday, beaches and 5th and 6th avenues in Seaside Park were closed to swimmers are bacteria was found, but the bacteria levels are thought to have risen due to Tuesday night’s rainstorm rather than the malfunction of the pump a week earlier. 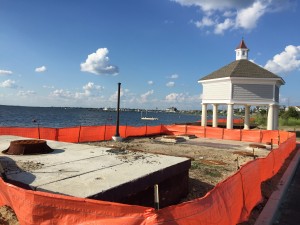 “When you go through long periods of no rain, and then you have rain, we call it the first flush,” said county engineer Frank Scarantino. “It flushes stuff out of the pipes and you sometimes get hits of bacterial growth from that.”

The bacteria found in the water after Tuesday’s rain storm is not thought to be related to the pump mishap because in the event of the malfunction and resulting plume, heightened bacteria levels were not detected.

As for the plume itself: “I’ve seen that type of disturbance before,” Scarantino said. “There’s water in the well, and part of it is that they haven’t really used the pumps until recently.”

Though the reconstruction of Route 35 is a state project, county officials – through the Ocean County Health Department – are continuing to investigate the health of the bay near the pump station since county residents and visitors are swimming there, Freeholder Jack Kelly said. One of the next steps in the investigation will involve taking samples from far beyond the outfall pipe at 8th Street to see if the bay bottom and other factors correlate with what was found in the silt plume.

Ocean County has a long history of such projects, including a multi-year effort to improve the water quality near Beachwood Beach on the mainland, which was plagued with high levels of bacteria and beach closings for years. After a collaboration with the state Department of Environmental Protection, the county improved the stormwater management systems near the beach and largely solved the pollution issues.

The state, for its part, has fixed the electronic malfunction that caused the pump to turn on, sealed the system to prevent groundwater intrusion and will install a concrete and rock matting on the bay bottom to prevent silt from being churned up in the future.

The pumping system is equipped to disperse water from a 25 year storm, officials have said. The pumping system does not directly pump water into the bay – the water is first collected in underground wells and goes through about 75 treatment devices before being pumped out. If the bay level rises too high, the pumps are designed to remain off, so bay water is not being fruitlessly pumped through the system.

“No one is accepting what happened last week, but we can’t misunderstand the success of that project,” Kelly said.