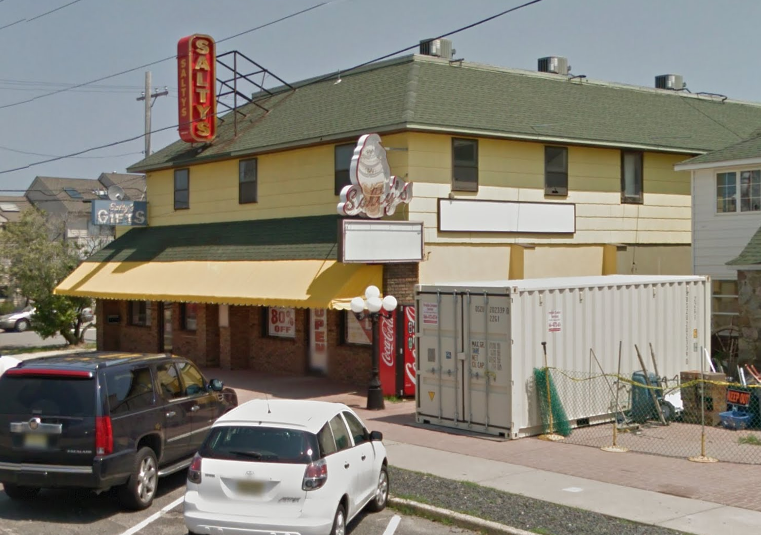 Britta and Brick Wenzel say they will have enough money to reopen Salty’s, the ice cream parlor, eatery and gift shop they own in Lavallette, after a final round of historic comic books that survived Superstorm Sandy are sold.

Salty’s, as well as other properties the Wenzels owned, was decimated during Sandy. Facing increasing premiums, the couple had canceled their flood insurance policy before the storm hit, leaving the future of their business in doubt. But after Brick discovered a collection of 1,200 comic books he inherited from his grandfather, Gustave, had survived the storm, he got in touch with experts and found out that, perhaps, they could fetch enough money to save the store. The entire process of discovering the collection, and its value, was chronicled on an episode of Fox Business Channel’s “Strange Inheritances” in February.


Britta Wenzel said in an e-mail to Shorebeat Wednesday night that the final comic books in the collection will be auctioned off beginning Aug. 25, and the revenue from the ultimate sale should be in by Christmas time. The $150,000 the final round of sales is expected to generate will be enough to restore Salty’s, she said. Additionally, the Wenzels’ story will be the focus of another television show this coming winter, though contracts prevent the name of the show and network from being disclosed publicly.

“We are so close to being fully recovered,” Brick Wenzel said.

The initial round of sales of the collection netted $300,000. The comic books were auctioned off by Vincent Zurzola, president of Comic Connect, who is also handling the upcoming auction.

“We have exceeded our original expectations,” said Zurzola.

It has been a long road for the Wenzels. They estimate the total cost of the repairs to their properties will surpass $2 million, some of which has come from Small Business Administration loans and the New Jersey Economic Development Authority. Brick Wenzel also works as a commercial fisherman, with the Sandy damage having recently been compounded by repairs his boat has required, resulting in much-needed income being lost. But the priority has always been to get Salty’s back up and running, an emotional milestone for both the Wenzels and Lavallette as a whole.

“Salty’s was more than your typical Jersey mom and pop shop,” Britta Wenzel said. “Over fifty years the small gift shop grew into an ice cream store and luncheonette with multiple locations.”

Brick Wenzel said he always kept the comic book collection stored in case of a “rainy day,” which took on new meaning after the storm.

“Hurricane Sandy rained on a lot of people’s lives,” he said. “We are just so thankful to be back in our home thanks to all those people who have come out to support us, our neighbors and community.”