After Initial Confusion, Liquor License Renewed for ‘Capriccio by the Sea’ 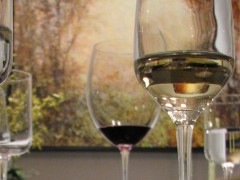 The Lavallette borough council on Monday night cleared up confusion surrounding the liquor license of Capriccio by the Sea restaurant, which was up for renewal.

The restaurant, long known as Gabriella’s, changed its name to Capriccio over the winter. On a renewal resolution initially scheduled to be approved by the council two weeks ago, the license was slated to be renewed under the Gabriella’s name, causing the council to put off approval until the ownership of the restaurant could be determined.

Capriccio, like Gabriella’s, is majority owned by local attorney Kim Pascarella, who came to Monday night’s meeting to address the council.


“I’m still active in it, I’m still the majority owner, it’s still the same,” said Pascarella, who explained that the section of the establishment known as Pete’s Poolside Bar remains as such. Legally, the restaurant is owned by Sherman Hospitality, LLC, and just the trade name of the business changed.

“I did file paperwork to change the trade name,” said Pascarella.